As an avid skateboarder any game of the extreme sports variety usually gets me pretty excited but with relatively average releases such as Steep last year I feel as if that excitement had dwindled but after watching the development and growth of descenders it looked as if things were starting to look up. Going back to my Skate 2 days me and my friends always wished there was a biking equivalent and over the years there have been many attempts to pull this off with most of them taking advantage of the mobile gaming market and never really amounting to much, but fast forward to February 2018 and I feel that the void for an immersive, addictive and visually wonderful biking game has been filled. Be sure to watch my video review for the Descenders early access release below…

–  Easy to pick up controls

– Lack of tricks (as of current build)

Descenders is extreme downhill mountain biking for the modern era, with procedurally generated worlds, and where mistakes have real consequences. Will you lead your team to glory and become the next legendary Descender? 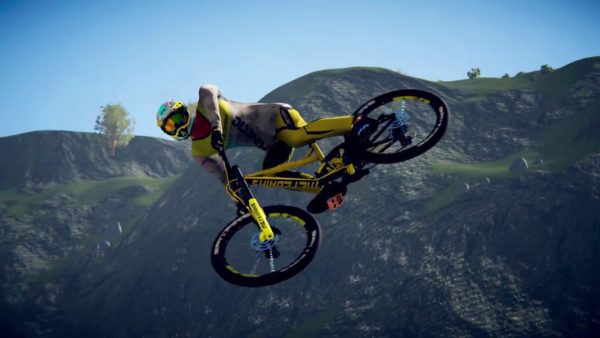