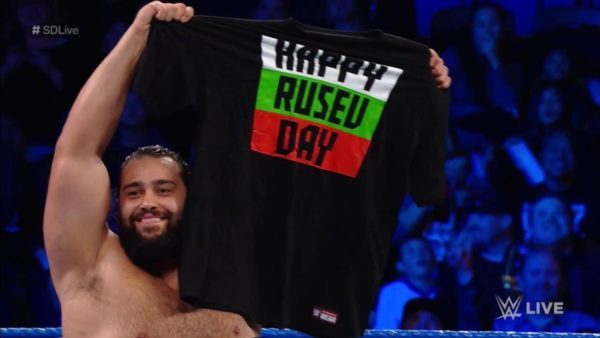 Rusev is one of the most over superstars on the roster. His ‘Rusev Day’ gimmick has sent him into the stratosphere in terms of popularity and ‘Rusev Day’ chants are impossible to avoid at any WWE event these days.

The Bulgarian Brute is currently without a dancing partner in New Orleans, however, and he made a rather interesting challenge on Twitter yesterday.

I need a celebrity to fight me at #WrestleMania34 ! #RusevDay

While this is likely just Rusev messing around, fans were quick to throw names into the hat for a potential opponent for Rusev, with Stephen Arnell, who has previously wrestled against Cody Rhodes, being a name that many fans were quick to suggest.

Arnell responded to the tweet this morning, stating that he is too scared to take on Rusev

Please stop suggesting me. I am terrified of this person. https://t.co/WlMTZ1lDYn

A quick click on Rusev’s tweet will take you to many fans suggestions, but my favourite has definitely been this one.

Now that’s something I would definitely pay to see! 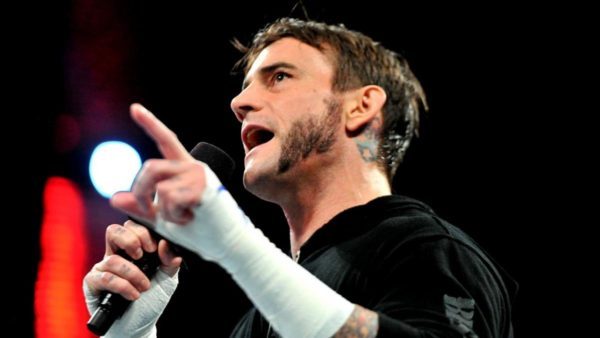 Talking of wrestlers making announcements on Twitter, CM Punk took to the platform to seemingly announce when his next UFC fight will be taking place. Punk responded to a fan’s comments with the following tweet:

June nine, after I win and lock eyes with my beautiful wife, embrace my coaches and shout out my entire team https://t.co/TmzRWR2kbn

This ties in with a tweet Punk made in February, and has since pinned on the top of his Twitter also concerning the same date:

CM Punk made his UFC debut in 2016, losing inside 3 minutes to Mickey Gall. His defeat has made him the source of a lot of jokes from many wrestling fans. Personally, I’d love to see Punk do well in UFC before, of course, returning to the WWE one day.

This week’s Smackdown drew 2.771 million viewers, which is the show’s highest rating of the year so far, and the best since April 2017. While there appears to be no obvious reason for this boost, with the show having no matches announced before the show, many fans are crediting the feuds between Asuka and Charlotte, and Shinsuke Nakamura and AJ Styles. Worryingly, Shane McMahon was in the main event slot this week, so let’s hope the WWE don’t read into this the wrong way.