As we approach the midway point of the season, the cogs are beginning to whir into motion for Jessica Jones, as the writers attempt to avoid that inevitable lull that has plagued these Netflix superhero ventures. 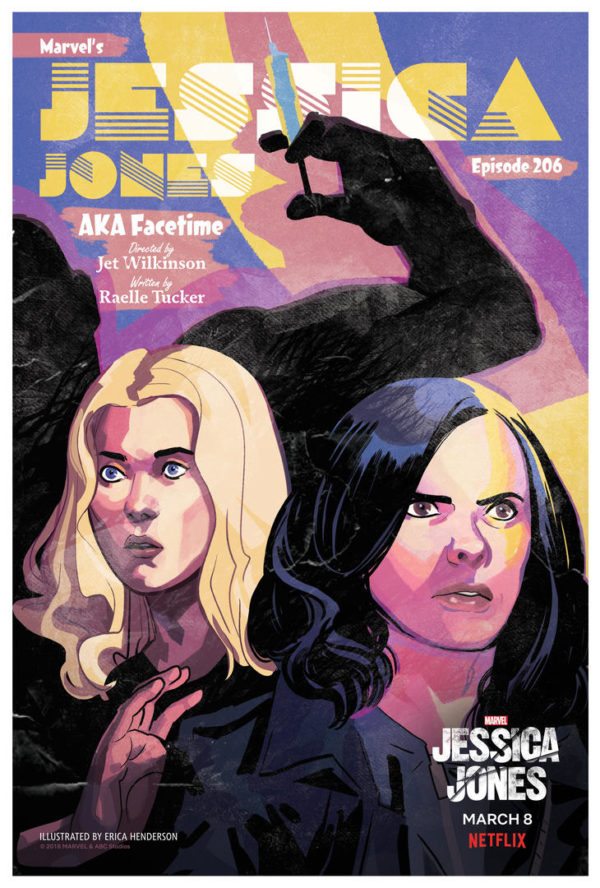 As a result we get not one, but two sex-scenes, the hilarious sight of Jessica pitching hired goons into a golf-course bunker with the precision of Tiger Woods, and a final word revelation that’s exactly what binge-watching was designed for.

Our first liaison is prompted by some voiceover self-reflection from Jessica, who has realised that the mystery doctor from the previous episode and “power woman” are romantically involved. Musing on the subject she exclaims, “Love isn’t for the weak hearted. It’s for idiots and murderers”, before hightailing it up to Oscar for a laughably out-of-character piece of impromptu body painting. It’s just another example of how that pairing just doesn’t feel right. There’s zero chemistry between the two, so the sooner he’s jettisoned from the narrative, the better.

Concurrently, Trish is experiencing a high of her own by indulging in some vigilante heroism whilst jacked up on Hulk inhaler, which can only end badly for her. In fact the next day she’s pulling a gun on a jewelry store owner, throwing up in front of high society, and bedding a confused Malcolm. The roles have well and truly been reversed, with Rachael Taylor’s likeability making it an increasingly desperate descent into addiction. 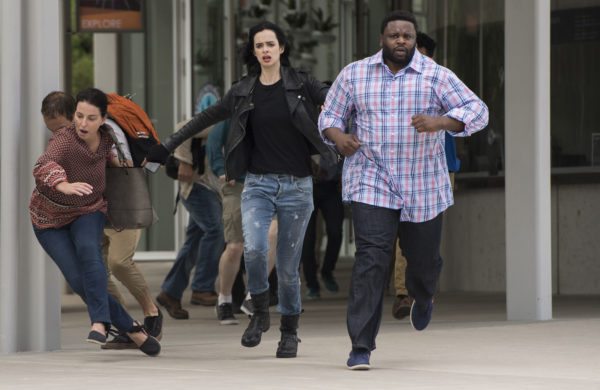 Jessica’s “Fish were hurt and human’s were terrorised” aquarium investigation leads her to Dr. Karl Malus (the always excellent Battlestar Gallactica and Californication star Callum Keith Rennie), who she assumes is using “power woman” as a weapon. “Deja-Vu sucks ass”.

So after an installment that has some real narrative propulsion, which is hardly a coincidence when it’s free of Griffin and Cheng, it’s here that Jessica Jones performs another sleight of hand, with an episode coda that’s a real WTF moment, setting up a potentially game-changing mid-season episode.