Krypton‘s second episode, ‘House of El’, continued the momentum from the series’ pilot as Seg-El searched for evidence of Brainiac’s existence while planning to enact his revenge for the death of his parents as a fallback plan. ‘House of El’ did a nice job to further explore the politics of Krypton and heighten the danger the planet is in, both from within and outside. 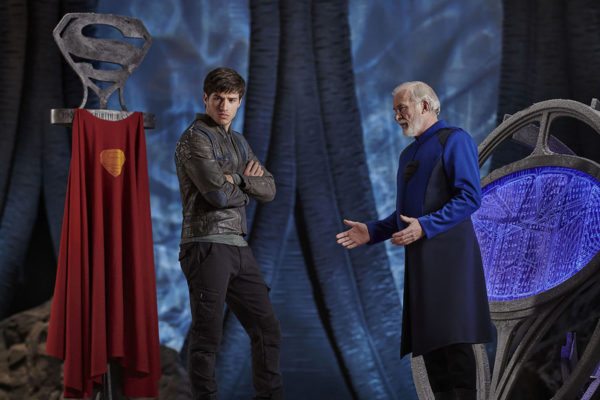 Cameron Cuffe once again showed his capabilities as the series’ lead star. Seg-El is already an interesting addition to Superman lore as someone who is a bit of a mix of the traditional types of Els we’ve seen before yet somewhat self-centred at the same time. Seg still upholds the values of the House of El, but the episode focused on his desire for vengeance against Daron-Vex. Cuffe was able to convey this conflict within Seg fairly well, finding a nice balance between someone who wants to work for the better of the planet and the thirst for vengeance.

Unlike the pilot, Shaun Sipos has a pretty major role this time around as the time traveller Adam Strange. Sipos has good chemistry with Cuffe, but where he impressed the most was how he balanced the seriousness of the situation with his comedic timing. Strange’s presence adds something new to the show and the scenes he’s in have a nice energy to them. In addition to Cuffe, his report with Rasmus Hardiker’s rankless Kem is also a positive point in the episode, one that expands the scope of Brainiac’s danger and Seg’s list of allies.

One of those allies included the AI of his grandfather, Val-El. Much like his future great-grandson, Val-El uploaded his consciousness to the Fortress of Solitude to help Seg. It was nice to see Game of Thrones‘ Ian McElhinney once again, especially so soon after his brief appearance in the pilot, and he fits right into this world. Seeing more elements of Superman lore, such as the Fortress AI and the Phantom Zone, helped familiarize this new Krypton setting with stuff we know, yet was still able to put fresh spins on them. 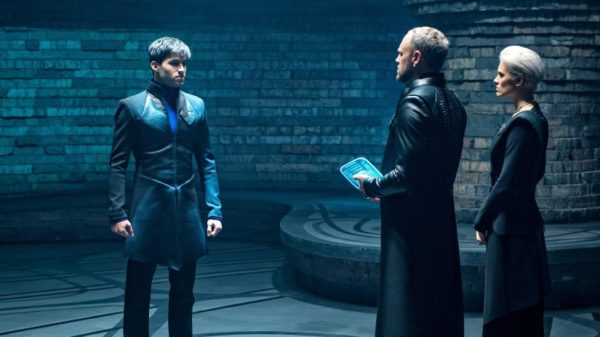 One aspect, though, this is entirely new to the lore is the social and political world of Krypton. ‘House of El’ delved further into these aspects as Seg manipulated House of Vex and fought against their own manipulations. Elliot Cowan’s Daron-Vex was again good, though fairly one-note as Seg’s primary antagonist right now. The real star was Wallis-Day as his daughter, and Seg’s current intended wife, Nyssa-Vex. She conveyed a lot in the character’s grey morality, showing she’s not necessarily aligned with her father or Seg. She seems much more like a character out for herself, becoming a nice wild card for the show in the process.

While Lyta-Zod’s story wasn’t quite as compelling as the others, she did get a bit of progression as she became leader of her military unit. Her relationship with her cold mother was also given a bit of a spotlight, but the interesting thing is how Lyta took a step forward to become a true Zod – at least, the type of Zod we know from the comics.

‘House of El’ was a nice follow-up to Krypton‘s pilot, one that kept up the show’s intriguing elements and built upon them. The cast continues to be fairly strong, as does the relationships between the characters. The second episode just laid more groundwork for Krypton‘s goodwill.