Continuing its trend of paying homage this week, Riverdale drew direct inspiration from Paul Thomas Anderson’s 2007 masterpiece There Will Be Blood, providing us with a story of power, betrayal, and the lure of money. 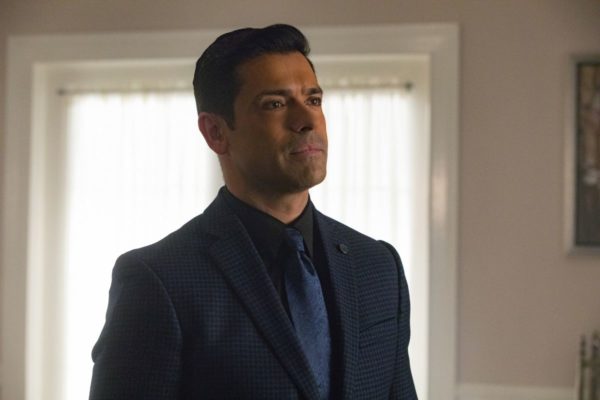 The focus of this week’s episode was Hiram Lodge, (Riverdale’s very own Daniel Plainview)  and his quest to take over Riverdale, and Jughead’s one-man mission to bring him to an end. A mission, needless to say, that turned out to be futile. The episode started with Jughead desperately trying to piece together Hiram’s plan, chasing tentative leads and being halted by Hiram at every turn. We saw Archie reveal to Jughead that Hiram had bought Pops, leading to Veronica being forced to protect her boyfriend against her father’s wrath.

Later, Hiram’s old chauffeur was brought back into the mix, meeting up with Jughead in one of the show’s more outrageous scenes, informing Jughead that he had to visit the not so subtlely named ‘Shankshaw Prison’. This is all turned out to be pointless though, as Hiram marched on with his master plan, with Hermione declaring herself as the new candidate for Mayor of Riverdale as the episode reached its dramatic conclusion. Hiram has been the best thing about Riverdale, and the character has really come into his own in the second half of the season. His slow, calculated manipulation of Archie has been thrilling to watch, and that was brought to a head this week when Archie turned his back on his dad and took a blood-pact with Hiram. This storyline has added a lot of depth to Archie, who stuttered a lot in the early half of the season. 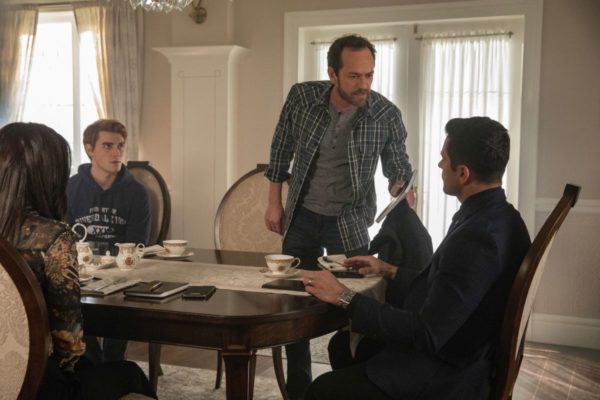 Elsewhere, in what felt like a more direct homage to There Will Be Blood, we saw the Blossom fortune being inherited to Cheryl, only for the whole ceremony to be interrupted by her Father’s long lost twin, Claudius. Claudius was a mysterious presence throughout the episode, and in a horrifying twist, it was revealed that he and Penelope are planning to kill Nana Blossom and then take out Cheryl so that they can inherit the fortune themselves. Of course, Cheryl, teary-eyed, overheard the whole conversation, which is likely going to lead to an explosive ending to this storyline. The relationship between Cheryl and Penelope has started to come to the forefront of the show, and I don’t think that’s any small coincidence when the show has a Carrie themed episode on the horizon.

Chic, Betty’s mysterious brother was also exposed at the end of this week’s episode, after forcing Betty’s sister, Polly, out of the family home. Polly made her return to Riverdale at the start of the episode, and it soon became apparent that either she or Chic would have to be leaving. Chic succeeded in his plan, terrifying his sister into leaving by taking her children on a walk down the canal. We then saw Chic cutting Polly out of the same family photo he cut Al out of earlier in the season. Chic’s plan to get rid of Betty may be halted though, as his sister stole some of his blood earlier in the episode, only to discover that Chic is not exactly who he claims to be. Chic is one of the most show’s most intriguing characters, and it seems unlikely he will make it past the end of this season. I still suspect he may be the Black Hood, or at the very least, linked to him in some way. 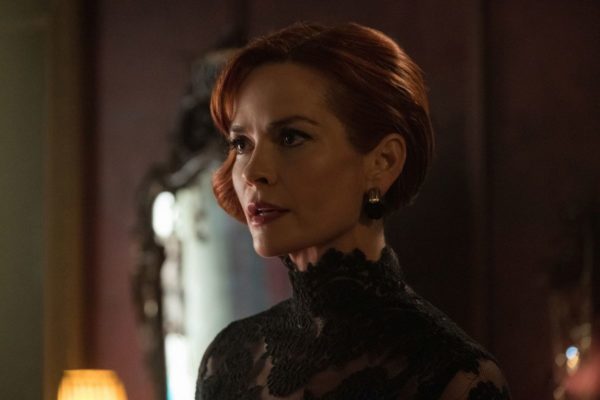 This week’s Riverdale continued the show’s solid run. Delivering a thrilling ride which saw family’s divided and intentions declared. Everything is brewing up quite nicely as the show heads into its final quarter, and it looks like the last 7 episodes are going to be one hell of a ride.