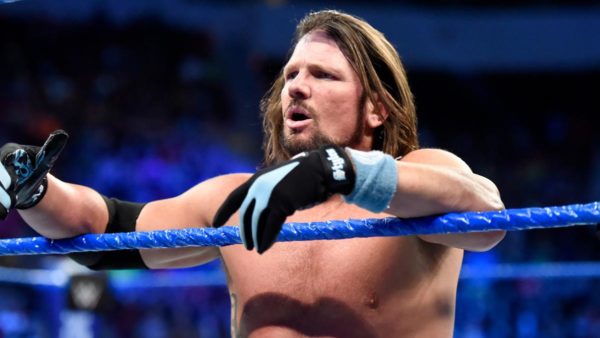 AJ Styles is more than just the guy who has built SmackDown, he is currently the guy who is helping it keep its head above water. Everything Styles did this week made for great viewing. His promo with Ziggler (whose character still remains fairly ambiguous) was easily the best promo on the show, and his resulting matches, first with Ziggler, and then in the fatal 5 way, were both great.

The main event was a chaotic, but enjoyable bout and my only real gripe is that I don’t get why they give it away for free. Having Sami screw Owens at the end felt like it could have been saved until Fastlane, but it was nice to see him pick up a big win. The match did also make Cena look good in his absence, with him now feeling like the star addition to a match we have already seen on SmackDown already. 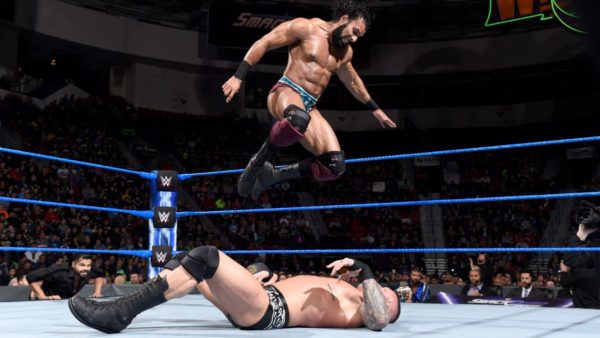 Jinder Mahal and Randy Orton should never be allowed to step foot inside a ring together again. The two men put on some of the most boring PPV matches of 2017, and their match on last night’s SmackDown didn’t do anything to break that trend. The two men both have a very similar in-ring style, and it is not one that is designed to wow an audience. Jinder picking up the victory does play into the idea that Orton can’t overcome Jinder, but it also made Orton look ridiculously weak heading into his title match at Fastlane. The WWE will also likely book Jinder into that match now, giving them an excuse to hold off Orton Vs Roode until Mania.

Frankly, Orton Vs Roode has not managed to connect with the audience, and the WWE needs to take a serious look at reinventing Randy Orton’s character. 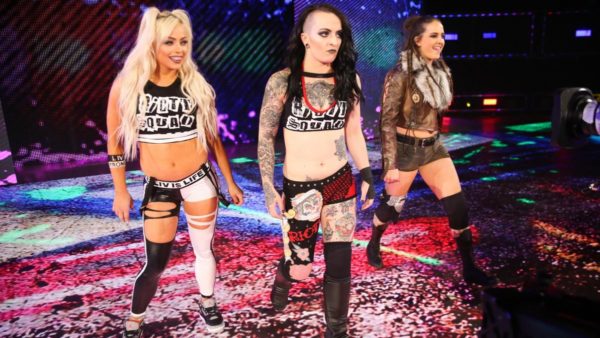 While the Raw’s women roster has an entertaining, if not slightly convoluted storyline floating around its title, SmackDown’s Women seem to just be bouncing around from match to match each week, with no real sense of direction as we get closer and closer to WrestleMania. Charlotte and Ruby Riott opened the show with an instantly forgettable promo this week, while Becky Lynch defeated Carmella to set up a pointless tag match at Fastlane, which exists for no other reason than to fill time and to remind us all that Carmella exists.

If Asuka doesn’t make the jump to SmackDown in the coming weeks, then this division is going to need a seriously strong storyline to keep it relevant heading into Mania and looking at the current lay of the land, I really can’t see where that is going to come from. 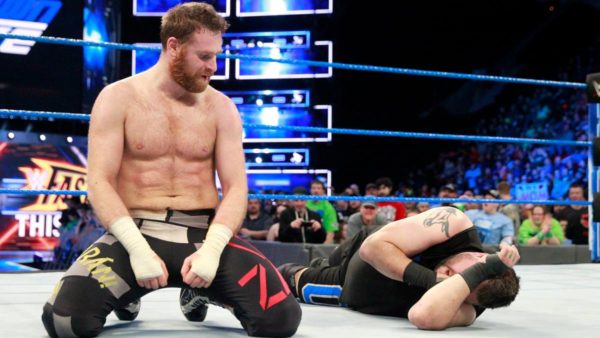 Okay, so I’ve already praised this week’s main event in the opening section here, but that doesn’t mean that the WWE doesn’t have a serious problem with giving away big matches on television just days before PPVs. Only a week ago, the fatal 5 way that took place on this week’s SmackDown was being advertised as the main event of Fastlane, and while that has now changed, to give away this match on TV this week just felt like lazy booking. It also took away Sami Zayn and Kevin Owen’s big moment on the show. Why built towards Zayn turning on Owens, if you’re just going to give it away days before the actual event?

There was plenty of other ways the company could have built hype for Fastlane, and while the match this week was good fun, it now already feels like I’ve seen the main event because I watched this week’s SmackDown. It’s symptomatic of a bigger problem within the WWE, more than anything else, and it’s a trend I hope they get out of before we hit WrestleMania.

Verdict: SmackDown was saved once again this week, by AJ Styles and an enjoyable main event match. The rest of the card is being woefully booked at the minute, and with Fastlane days away, I’ve little to no interest in the US or Women’s title matches. Hopefully, this show will pick its ideas up on the final stretch towards WrestleMania.