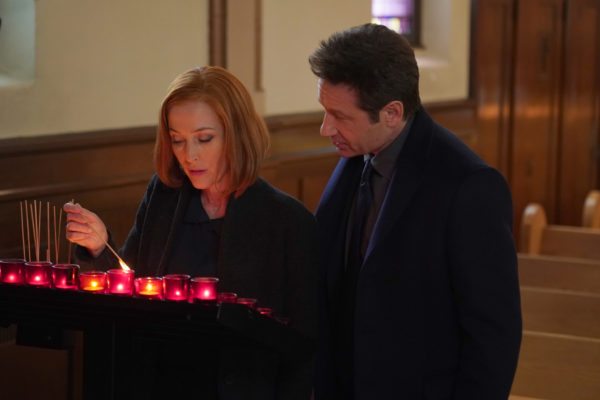 It goes without saying that this week’s episode of The X-Files should not be watched with your dinner, especially if you’re partial to a mixed grill.

Mulder and Scully have investigated cults before – ‘Red Museum’ (season 2 episode 10, ‘The Field Where I Died’ (season 4 episode 5) – but none quite as icky as the fountain of youth flesh-eaters found in “Nothing Lasts Forever”, a title that refers to the subject of the duo’s investigation, but also as a reminder to an audience who’ve been with them for eleven seasons, that this could very well be the end.

The entire gruey plot is a precursor to a Lost In Translation style whispered conversation between Mulder and Scully, which is as intriguing as it is frustrating. With only an hour left to go in this series, there had better be time for clarity among the conspiracy in next week’s finale.

‘Nothing Lasts Forever’ is an episode intrinsically linked to Scully, as it’s based on faith, something that has been tested in her from the pilot episode. It begins with her taking Holy Communion, and ends with a confessional to Mulder. 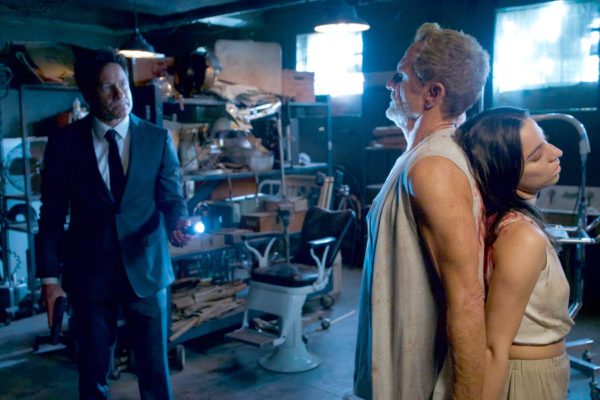 In between is the disgusting story of 85-year old Barbara Beaumont (Fiona Vroom), although to look at her you’d think she was touching forty at best. She has a husband, (Jere Burns – Bates Motel, Justified) who isn’t faring as well, but still looks pretty decent for an Octogenarian.

The clues to their Benjamin Button complexion can be found in the blood on her upper lip, and the fact he’s surgically stitched to a young donor, in a kind of PG-13 Human Centipede relationship. The two of them are harvesting organs for the regenerative powers, and have a seedy group of followers willing to self-sacrifice in order to make the former child-star young again.

They come to the attention of the FBI’s finest when a scripture-quoting vigilante (Carlena Britch) sets about tracking down her sister in order too free her from the cult.

There’s a lot of fun to be had with this episode of The X-Files, even if it does feel like the time could have been better spent on the relationship between Mulder and Scully. The final scene confessional drops so many bait lines of dialogue that you’re yelling at the screen for them to just take a pew and have an hour-long chat. 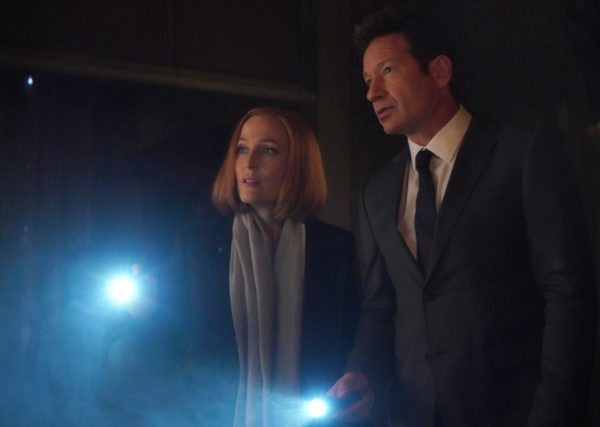 Instead we get the twisted delights of Barbara singing, “There’s got to be a morning after” while her doting followers remove the insides from a sacrificial member. Vroom’s Whatever Happened to Baby Jane? performance is a lot of fun, and her “She a Netflix executive?” question about Scully is the undoubted episode highlight.

However, this entire hour seems to exist so that Mulder can posit, “I’d always wondered how this was going to end”. The truth had better be out there this time next week.