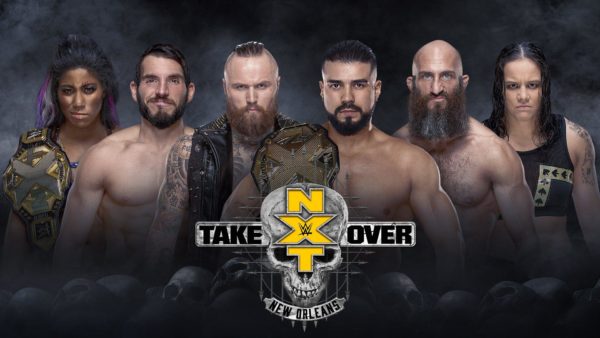 Back in January, Dave Meltzer of the Wrestling Observer Newsletter, awarded the WWE their first five-star match in 7 years, when he gave the main event of NXT Takeover: Philadelphia, Johnny Gargano Vs Andrade ‘Cien’ Almas, the full five stars. Well, NXT has done it again, with two matches on this weekend’s NXT Takeover: New Orleans show being awarded five stars in the most recent edition of the Wrestling Observer Newsletter.

Both the six-man ladder match for the North American Title, which was won by Adam Cole, and the main event match of Johnny Gargano Vs Tomasso Ciampa, were awarded five-star ratings by Meltzer. This is the first time in history that a WWE show has been awarded two five star matches on the same card and a first five star match for many of the performers involved.

Meltzer’s highest rate match for WrestleMania 34 was the inter-gender tag bout between Kurt Angle and Ronda Rousey, and Stephanie McMahon and Triple H.

Be sure to check out our reviews of WrestleMania 34
and NXT Takeover: New Orleans. 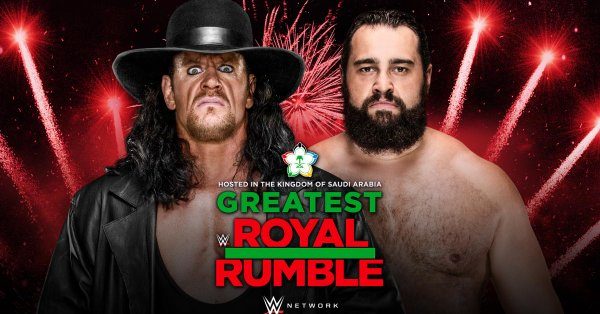 The surprise decision to remove Rusev from his match with The Undertaker at the Greatest Royal Rumble event has taken another twist since last night. Rusev has since removed all references from the WWE from his Twitter account, and has only sent out one tweet since:

Life is life….. it will be #RusevDay somewhere

Things do not look good for Rusev, although there is the possibility that this is all an elaborate work and that it is setting up a major program with Chris Jericho or The Undertaker for later down the line.  Lana responded to the announcement in a very kayfabe manner, insisting that she removed Rusev from the match for his own safety. Though, this could be her trying to calm down some of the tension between the two parties.

All over the world, little boys and girls are celebrating #RusevDay, they smile for the greatest Superstar ever ! I’ve already spoke with @WWE officials to change that match because I REFUSE to let my husband @RusevBUL compete in a Casket Match at #WWEGRR! Happy #RusevDay