The Fastest DeLorean in the World, 2018.

Written and Directed by Adam Kontras. 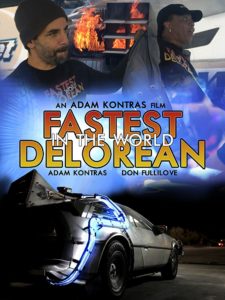 Turning a Delorean Time Machine into the “Fastest Delorean in the World” takes over one man’s life and nearly costs him everything. 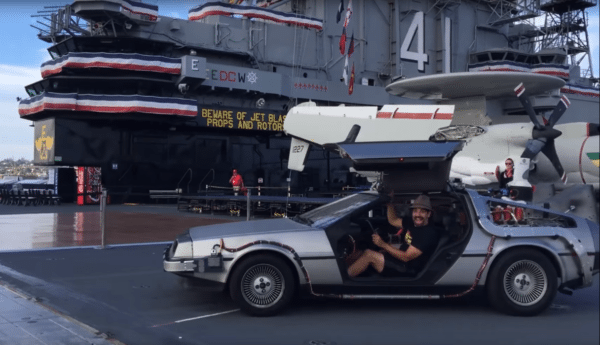 In the interest of full disclosure, I’ll start by noting that I’ve been online friends with Adam Kontras for about a decade or so, but that fact didn’t influence me when writing this review – in fact, I paid for my own copy of this documentary.

A bit of background before we begin: Kontras moved to Los Angeles from Ohio in 2000, bringing with him raw talent as a comedian, actor, and singer-songwriter. Like so many others, he ran into many obstacles in pursuit of his dreams, although he had some successes, including the opportunity to play music on CBS’s morning show and the chance to create a series pilot that Comedy Central unfortunately passed on.

Unlike many others, though, Kontras kept himself grounded the entire time, even as he went through a couple divorces and experienced many other trials and tribulations. He chronicled his adventures in a video and text blog that he still maintains, and along the way his claims to fame have included being an extra on an episode of The Sopranos, building a mini golf course in his backyard that puts us fellow dads to shame, and paying for the creation of a replica Back to the Future time machine that has become a full-time business for him.

That time machine, which has taken Kontras from fan events to the field at Dodger Stadium with Lea Thompson, is the subject of his documentary, The Fastest DeLorean in the World. When his DeLorean’s transmission began to fail (the cars are notoriously difficult and expensive to maintain), he stumbled on the idea of replacing its engine and seeing if he could beat the quarter-mile record that was previously set by someone else’s souped-up DeLorean. 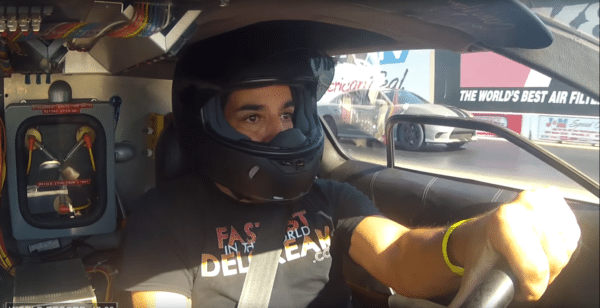 Never one to do anything halfway, Kontras dove headfirst into the project and, like so many other aspects of his life, documented it on his blog. He’s been friends for several years with Don Fulilove, who played Mayor Goldie Wilson in Back to the Future and the character’s grandson in Back to the Future II, and a conversation between the two runs throughout the documentary. As we see the project unfold, Kontras occasionally cuts back to the discussion, with Fulilove voicing questions that viewers are likely asking, such as, “Why even do this in the first place?”

Kontras enlisted his brother Kenny for the endeavor, and unfortunately Kenny did a couple shady things that led to a falling-out between the two that’s documented here. Fulilove provided emotional support, as did other friends and family members, and at one point, Kontras even reached out on Facebook to find a driver for the time trials when Kenny backed out.

The Fastest DeLorean in the World is worthwhile viewing for DeLorean fans, as well as car enthusiasts who enjoy modifying their vehicles and arguing about the specs of the parts they use. I admit that I don’t fall into either camp, so the film dragged for me at times, but Kontras does a good job of fully documenting everything that went into this project. He also has an engaging personality that helps build interest in what he’s doing.

I wish Kontras had spent some time in the world of DeLorean owners who modify their vehicles, since there’s apparently a schism between them and the purists who think such activities are mortal sins, but he does say “To be continued…” at the end. Perhaps a sequel is in the works.