It’s the end of WrestleMania week, with the ‘Show of Shows’ set to take place tonight. Every day this week, Tom Beasley has looked at a different element of the build-up. For the final preview article, let’s examine the smark main event as AJ Styles takes on Shinsuka Nakamura, with the expectations of the wrestling world on their shoulders… 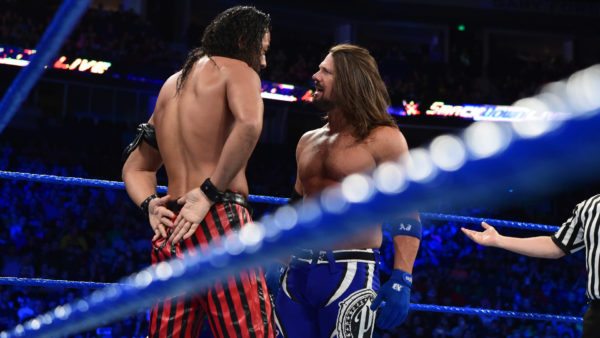 From the moment that Shinsuke Nakamura won a title opportunity at Royal Rumble, the hardcore corner of the WWE fanbase had their match of the night for WrestleMania 34. Nakamura would be challenging for the WWE Championship against AJ Styles, in a reprise of their classic bout from New Japan Pro Wrestling’s Wrestle Kingdom 10 show in 2016. It’s a match fans have been waiting for ever since the two veterans made the transition to WWE and everyone expects it to be a show-stealer akin to Randy Savage vs. Ricky Steamboat at WrestleMania III.

But are these expectations as much a curse as they are a gift?

This level of hype certainly creates pressure on the Styles vs. Nakamura match. Everyone will be expecting them to surpass, or at the very least equal, their previous bout, which was within a whisker of receiving a perfect five-star rating from expert wrestling pundit Dave Meltzer. That match was exceptional, which gives both men a very high bar to vault. This is especially true for Nakamura, who has failed to spark in WWE, with his 2016 debut bout against Sami Zayn at NXT TakeOver: Dallas still standing as his best clash.

Fans have had a very long time to get excited about this match. Many assumed from the moment that Nakamura debuted that he and Styles would clash at WrestleMania this year, which is the first time both men have been on the main roster ahead of the big show. They briefly shared the ring as part of the Money in the Bank ladder match last summer and their confrontation received an enormous crowd reaction, with an obvious crackle of electricity between the two performers. This electricity sent the fans wild when Nakamura announced that his WrestleMania opponent would be Styles. 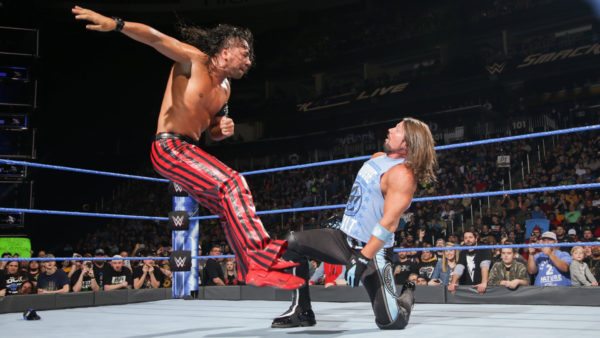 Since then, the build to this match has been somewhat lacklustre. In order to conceal the obvious outcome to Styles’s title bout at the Fastlane pay-per-view, the build-up to Nakamura vs. Styles had to be placed on the back-burner and so, by the time the build resumed, a lot of the heat had fizzled out. Recent weeks have allowed the cauldron to simmer again, with Nakamura and Styles positioned as performers who respect each other, rather than the disrespect that powers many of the other feuds on the WrestleMania card.

In this context, Styles vs. Nakamura is destined to be the kind of match that is a spectacle of athletic ability rather than the final manifestation of a heated rivalry. It’s going to be about one-upmanship and it will almost certainly culminate in a handshake of respect between the two fighters, whoever emerges victorious. But it has to be more than that to satisfy fans. Those fans expect it to be the best match in WrestleMania history and, if it’s anything less than that, people will be disappointed.

It may be the case that, despite the incredible talent of both Styles and Nakamura, there’s just no way that their match can deliver in the way that people expect it to deliver. On a WrestleMania card packed with almost a dozen matches, as well as the usual handful of lavish ring entrance routines, it’s unlikely that these two men will be handed 20-30 minutes to work a masterful technical exhibition. Given the lack of mainstream appeal, it’s more likely that this bout will be cut for time than almost any of the other rivalries that have been discussed in my articles this week.

Given the room to breathe and with both men on top form, a WWE Championship war between AJ Styles and Shinsuke Nakamura could be everything that the hardcore wrestling fanbase expects it to be. However, in the context of one of the most heavily stacked WrestleMania cards ever, this one seems primed to be a disappointment. There’s no way it will be a bad match, but those expecting an all-time classic might find it coming up short. 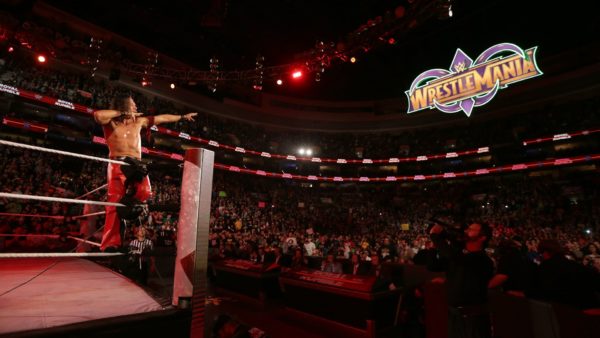 It’s WrestleMania tonight and it’s going to be great, so why not take the time to catch up on the rest of my preview articles?