It’s WrestleMania week, with the ‘Show of Shows’ set to take place on Sunday night. Every day between now and the big event, Tom Beasley takes a look at a different element of the build-up. This time around, the topic is Asuka vs. Charlotte Flair and how WWE has failed to make it feel big… 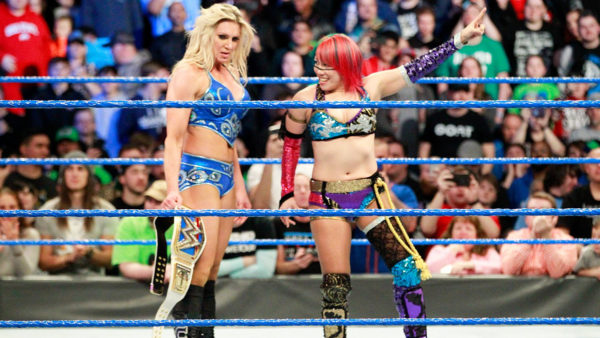 Six months ago, the prospect of Asuka vs. Charlotte Flair for one of the WWE women’s championships seemed like the logical main female match for WrestleMania 34. When Asuka won the first ever women’s Royal Rumble match in January, the path seemed clear for the Empress of Tomorrow to shift across to the blue brand and make the blockbuster bout happen. A couple of months later, the match is on the card, but it feels curiously cold and unimportant.

The problem for this rivalry was Ronda Rousey. She arrived at the end of the Royal Rumble event, as Asuka stood between both Flair and Raw Women’s Champion Alexa Bliss, seemingly preparing to choose her WrestleMania opponent. Shinsuke Nakamura, winner of the men’s Rumble, had immediately chosen to challenge AJ Styles in a dream match, but Asuka’s challenge was left dangling in the air. Rousey became the focus, while the championships were shoved to the sidelines.

In subsequent weeks, Michael Cole and the announce team on Raw seemed to simply assume that Asuka vs. Alexa Bliss was the match the Empress of Tomorrow had chosen. Meanwhile, Flair entered into a feud with the Riott Squad, which culminated in a surprisingly solid title match with Ruby Riott at the Fastlane pay-per-view. It was at the end of that contest that Asuka arrived, surprising everyone by confirming that she would challenge for the SmackDown Women’s Championship on the grandest stage of them all. 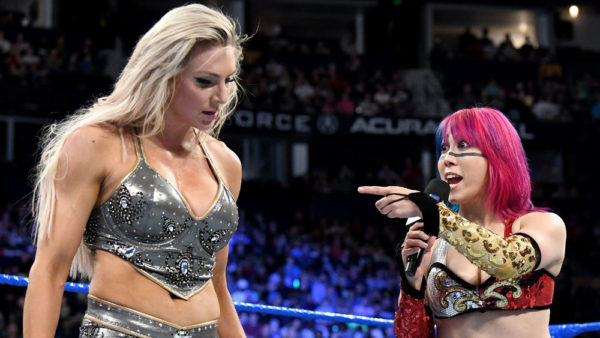 This seemed like the moment to inject some life into the feud, with just under a month to get fans excited. Over on Raw, the booking team had transitioned nicely to move forward with the long-gestating rivalry between Alexa Bliss and her former friend Nia Jax, but SmackDown still struggled. Despite making her intentions known towards Flair, Asuka continued to appear on Raw, mostly in segments that saw her squash jobbers in less than a minute. Meanwhile, Flair found herself entangled in matches that would feature interference from Carmella, teasing a Money in the Bank cash-in.

The feud has been hurt immeasurably by this absence. Instead of feeling like the titanic battle it is, between two of the top female performers in WWE, this match feels like an also-ran on the WrestleMania 34 card. There is also the looming spectre of Carmella, who now seems almost a dead cert to figure into the match in some way. While an entertaining character, she is not on the level of either of the two other competitors and so her involvement feels like a step down for the clash.

Asuka vs. Flair should be a hard-hitting showcase for both of them as wrestlers. If both women are on top of their game, it could potentially surpass Bayley vs. Sasha Banks from NXT TakeOver: Brooklyn as the best women’s match in WWE history. However, that match had the benefit of story, which this simply doesn’t. The two women have been mostly kept apart on television, which hasn’t given them much chance to tell a story en route to their big clash.

The two women briefly shared the screen on this week’s episode of SmackDown and there was an undeniable crackle of electricity between them as they postured ahead of the big show. If they had been able to deliver promos like that for the last few weeks, this could have been one of the hottest rivalries on the card. However, with the way it has been booked, it’s probably only the third most exciting women’s match at WrestleMania 34 from a purely narrative perspective, behind Rousey’s debut and the Raw Women’s Championship match.

WWE was too indecisive with the decision to book Charlotte Flair vs. Asuka at WrestleMania 34. As a result, they did not leave themselves enough time to construct a rivalry around the match and that now leaves it looking somewhat cold on a card that is packed with emotionally fraught and compelling bouts. With the correct booking, this rivalry could’ve sizzled, but it now looks as if it has been thrown together on the hoof, particularly as WWE has been so keen to keep Asuka on Raw.

There is still potential for a show-stealer here though. If Flair and Asuka can produce the athletic spectacle that everyone knows they are capable of producing, this could still be the match everyone leaves New Orleans talking about. 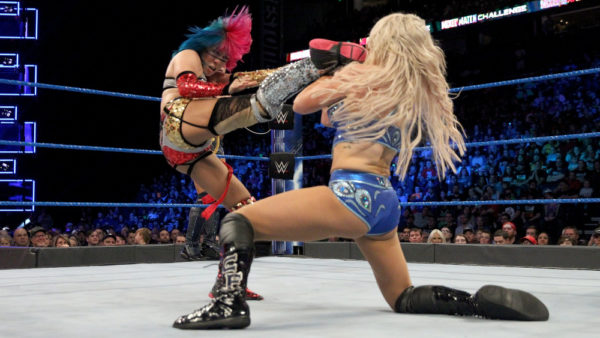 Tomorrow: How do you solve a problem like Braun Strowman?