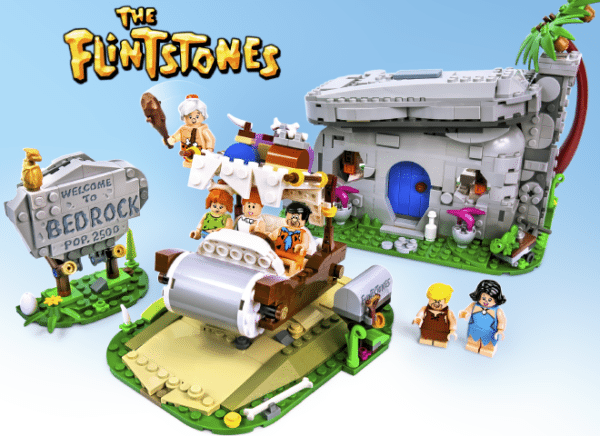 Designer AndrewClark2 is having a Yabba Dabba Doo time, with his The Flintstones set achieving the required 10,000 supporters on LEGO Ideas to progress through to the First 2018 Review Stage in the hopes of being selected by LEGO to be manufactured as an official product.

The build includes the Flintstones’ Bedrock home and iconic car, as well as minfigures for Fred Flintstone, Wilma Flintstone and Pebbles Flintstone along with neighbours Barney Rubble, Betty Rubble and Bamm Bamm Rubble.

Check out a video of the set here…