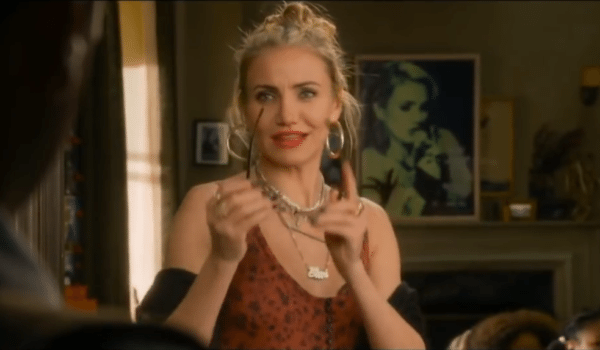 Given that she hasn’t appeared in a film since 2014’s Annie, you shouldn’t really be surprised that Cameron Diaz has confirmed her retirement from acting.

To be honest, I’m surprised more women in film don’t do the same; the fact is, the roles just aren’t out there for them. The First Wives Club hit the nail on head more than twenty years ago when it said that the three roles for women were “babe, District Attorney and Driving Miss Daisy”. Diaz, like so many other actresses, got stuck after the babe roles ran out and never quite made it to District Attorney. It’s worth noting that her Charlie’s Angels co-stars, Lucy Liu and Drew Barrymore, have slid into TV roles recently. For women over about 35, film can be a desperate place sometimes.

It’s easy to say, in a world dominated by big franchises, that there are no good roles for men, but women have it particularly hard. Tomb Raider, to pick a fairly random recent example, has been played by two women; Angelina Jolie and Alicia Vikander. Both of them Oscar winners. The year they won their Academy Awards, the Best Supporting Actor Oscars went to Mark Rylance and Michael Caine, neither of whom are ever likely to be cast as the lead in video game adaptations. Men just don’t have to do that. If you’re a young actress and you win an Oscar, you’re probably going to turn up in a bad movie sooner rather than later. Halle Berry followed Monster’s Ball with Catwoman, Charlize Theron made Æon Flux after Monster. Brie Larson will turn up in Captain Marvel after making Room. Men don’t have the same problem; they have decent parts. In the era of Me Too and Time’s Up, you hope it will change, but I wouldn’t bet on it. It’ll take a while and I’d put money on all but the worst male offenders when it comes to sexual harassment and other crimes to get off with a few years in the wilderness before an apologetic Talk Show appearance to promote an indie movie they get critical acclaim for. Meanwhile, far more talented actresses will be scrabbling around to appear in bad studio movies before they realise that they’ll either have to produce their own stuff or they’re better off in theatre. When that happens, and we’re stuck watching an Oscar winner in Tetris: The Movie, don’t come crying to me, but think of poor Cameron Diaz, with nothing but her millionaire rock star husband and her Shrek royalties to support her.