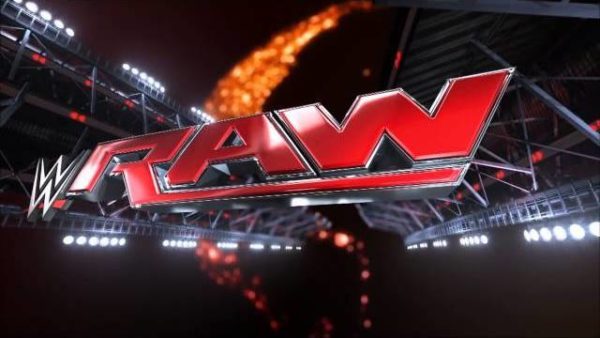 Stephanie McMahon is out to open this week’s Raw, and she is selling her arm injury from Mania. She steps into the ring and talks about her arm, which begins a ‘you deserve it’ chant from the audience. Stephanie says she wants to work with Rousey, not against her, which leads to Rousey making her way to the ring. Stephanie says Rousey was the better woman last night, and that she has humbled Stephanie. The two hug, but Rousey is just playing, she slaps her in an armlock again and the crowd goes wild. Rousey leaves the ring while medics deal with Stephanie, who really sells her injuries. This was an excellent opening segment, one which really set the tone for the night. Rousey was awesome at Mania, and I can’t wait to see more of her in the ring.

Sticking with women who had decisive victories in New Orleans, Nia Jax is out for a match with Mickie James and Alexa Bliss. Bliss comes out and talks trash about Nia, saying that she threw her weight around at Mania and that she is a bully. Nia says she has a partner for tonight as well, Ember moon! Ember Moon makes her way to the ring to a big pop, and we have the first match of the night. The whole thing goes for about 3 minutes, with Ember and Nia picking up the easy win. Ember hit an Eclipse on Alexa for the victory, making an instant statement by defeating the former champ. This was more of a segment than a match, but the crowd was red hot for both Moon and Jax, and I’m excited to see what Moon has to offer on the main roster.

Backstage we see Braun and Nicholas relinquishing the tag team titles. Seriously!? What was the point?

No Way Jose makes his WWE debut next, defeating a jobber inside 30 seconds with the pop-up punch. Jose is a fun act, he’s not going to set the world on fire, but he will no doubt do a solid job if he is used correctly.

Backstage we see The Bar asking Kurt Angle for their titles back. Angle says that they will get a chance to win them at the Greatest Rumble Ever event and that there will be a series of matches, starting tonight, to determine their opponents. 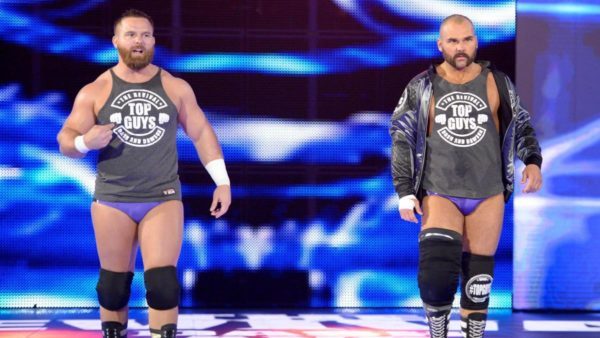 The first of those matches was between The Good Brothers, Gallows and Anderson, and The Revival. The two teams put on a fun back and forth match last night, with both teams being given time to show what they were capable of. The Revival picked up the victory after around 3 and a half minutes but the bout was still fun despite its brief run-time. (Grade:C) Anderson and Gallows have been one of the most inconsistently booked teams in the WWE over the last two years, and a move to Tuesday nights next week might do them the world of good.

New Intercontinental Champion Seth Rollins is out to address his victory at WrestleMania next. Rollins gets a huge reaction from the crowd, and he talks about becoming a grand-slam champion. Rollins talks about how Seth ‘Freakin’ Rollins is back, and how every member of the Shield has become a grand-slam champ. Finn Balor makes his way to the ring to congratulate Rollins. He tells him he wants a title shot, and The Miz makes his way to the ring. The Miz is on fire on the mic, telling Rollins that he made his daughter cry last night and that that made him cry. The Miz then says that The Miztourage could easily beat Balor and Rollins in a match. Just as the two teams square up, Jeff Hardy’s music hits to a big pop, and Hardy makes his way to the ring as The Miztourage scarper. This was a fun segment, and it’s nice to see that Jeff is going to be back in this picture. The Broken Universe has Bray Wyatt now, and Hardy has always found more singles success than his brother.

Sasha Banks Vs Mandy Rose is up next. The two women have a quick, and slightly messy bout, which ends when Bayley accidentally hits Sasha on the outside. (Grade: D) It was announced later in the night that Sasha and Bayley would finally meet in the ring next week. 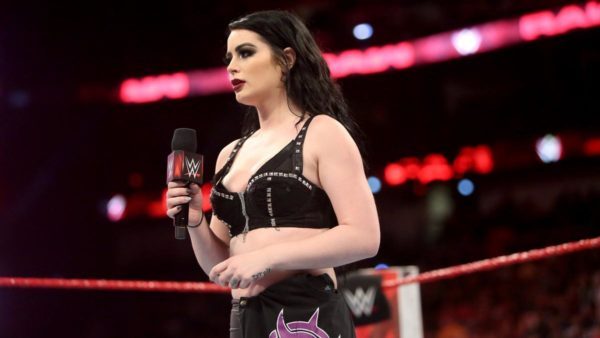 That wasn’t what was notable about this match, though, as after the bout Paige took to the microphone to address her status. In a teary and emotional promo, Paige announced that she would have to retire from in-ring action due to neck injuries. Paige said she wanted to do it in New Orleans, in the same city where she made her debut four years ago. She said she was proud of the women’s division, and she also thanked Daniel Bryan for giving her hope for the future, and Edge, for showing her that there is a life outside of the WWE. The crowd gave her ‘thank-you Paige’ and ‘this is your house’ chants throughout what was a very emotional segment. While this was not a surprise to many, with the news breaking back in January, it still brought a tear to the eye and was a nice way of bringing her career full circle.

Elias is out to serenade the audience next. He does his usual stuff, and the audience is really getting into it. All of a sudden, Bobby Lashley’s music hits and he makes his way to the ring to a huge pop. Lashley then proceeds to destroy Elias before leaving. Great to see Lashley back in the WWE, and it looks as though they are going to be using his full name for his run with the company.

Backstage Sami Zayn and Kevin Owens turn up to talk to Kurt Angle. Angle says he heard TNA is offering, in one of the funniest lines of the night, and Owens and Zayn plead with him. He says there is one space left on the roster, and that the two men will have to face each other to decide who is getting it.

Heath Slater and Rhyno are out for the next tag team match. Slater starts cutting a promo but he is cut off by… The Authors of Pain! The former NXT Tag champs make their way to the ring and make very quick work of their opponents. After the match, AOP appears to be part ways with Paul Ellering, which seems an odd move, given their history together.

A defeated Roman Reigns is out to the ring next to address Brock Lesnar. Reigns says he was beaten last night, but at least he has shown up, unlike Lesnar. He praises Lesnar’s business acumen but promises to take the title from him at the ‘Greatest Rumble Ever’ event. Samoa Joe’s music hits and he makes his return to Raw. Joe says Reigns needs to stop being a bitch, basically. He says Reigns got his ass kicked last night and he needs to accept that. Joe says the two men will meet at Backlash. This was a good segment, and Joe was great here. It’s a shame Reigns didn’t get to respond, and also that the crowd just booed Reigns for the whole thing. Joe and Lesnar have always had excellent matches, so you can colour me excited for that one. 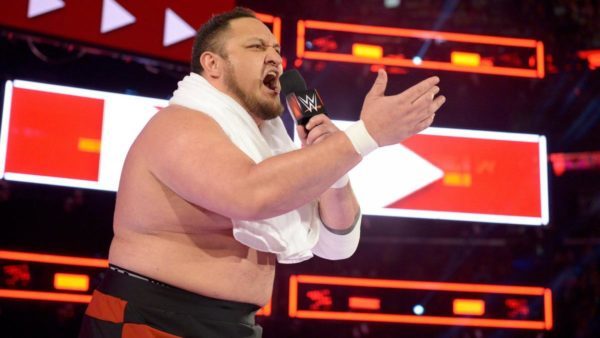 Matt Hardy and his new partner, Bray Wyatt, are out next for a match against Titus Worldwide. The match goes longer than the other tag matches but did very little of note. Hopefully, Wyatt and Hardy can be fun together as a team. (Grade: C-) Sami Zayn and Kevin Owens are out for their 56,087th match together next. The two men know each other inside out, so the match, naturally, is really solid. There was some really nice back and forth action here, and each men teased a victory with several near falls. In the end, both men failed to meet a 10 count, meaning that their status on the roster is still none the clearer. (Grade: B-)  These two have been great together, and a run on Raw will give them plenty of new things to do. It was nice to see them back in a ring without the possibility of Shane McMahon getting involved. 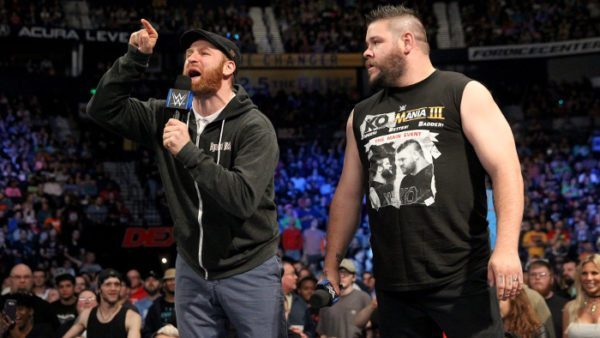 Main Event time. The Miztourage Vs Seth Rollins, Finn Balor and Jeff Hardy is going to close the show. These guys were given a good fifteen minutes to put on a show and they didn’t disappoint. This match was really good fun, and a great way to close an enjoyable post-Mania Raw. The faces picked up the victory, obviously, and then they hit a series of finishers on Dallas and Axel after the match to make sure the crowd went home happy. (Grade: B)

Verdict: This was a really fun post-Mania edition of Raw. The new faces all got great reactions, and Paige’s retirement was handled well. The announced superstar Shake-up will take place next week, so don’t get too comfortable seeing all of these guys on Raw.