Liam Hoofe rounds up this week’s edition of SmackDown Live…

The Miz opened this week’s SmackDown by stating that wherever he is, is the company’s A show, and in fairness, he has proven that claim on several occasions. His promo work on Daniel Bryan during last night’s show was excellent, and the company holding off on a confrontation between the two is a smart move. There is big money to be made the first time these two men meet.

Instead, Bryan will be squaring off with Big Cass at Backlash, who was out to explain his attack on Bryan last week on this week’s show. Cass said that he also returned from injury and that no-one seemed to care, he ripped into Bryan and the Yes Movement and really got himself over as a heel. Cass was great here, and it looks as though he has clearly been working on his promo work during his time away. If Cass continues like this, and he can perform in the ring, then he might finally find himself in the midst of a push on SmackDown Live. 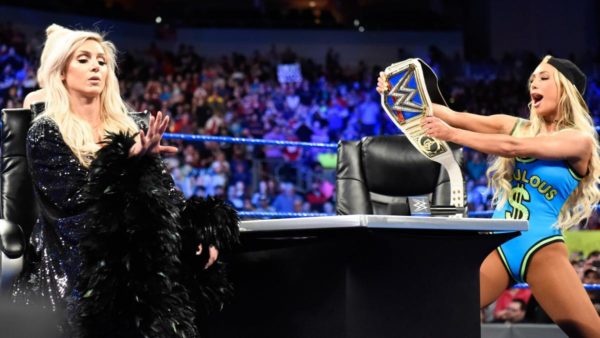 Damn, is Carmella good at being an annoying heel. Carmella’s character work during this segment was excellent and she and Charlotte riff off each other well. Carmella playing her highlight package twice was a great move, and Charlotte just snapping and beating her down was a nice way to close out the segment. The crowd doesn’t seem as into Carmella as they should be, given her excellent work, so it will be interesting to see how long the WWE decide to keep the belt on her. Personally, I think she could make a great heel champion until the Summer.

After losing to Jeff Hardy last week, Shelton Benjamin got to go one-on-one on this week’s SmackDown, in what felt like a nice throwback to 2005. The US title picture is a little bit unclear at the moment, and the fact that Jeff Hardy, Shelton Benjamin, and Randy Orton appear to be the focal point at the minute with an average age of 40 definitely implies that the company need to give more focus to some younger guys, but I’m optimistic that things will be clearer after Backlash. Either way, I enjoyed the match-up between the two men, and it’s nice to see Shelton Benjamin getting some time as a singles star. I wish he would bring back his ‘Ain’t no stopping me now!’ entrance music though.

On this week’s episode of SmackDown, The Iiconics (stupidest spelling ever) defeated the team of Becky Lynch and Asuka. Of course, Lynch ate the pinfall, and the match wasn’t particularly exciting, but The Iiconics looked great, and their promo work before the match was suitably irritating. This gets an up more for the fact that it looks as though the company is going to go with a women’s tag division on SmackDown, which, given the fact that the likes of Becky Lynch and Asuka have absolutely nothing at all to do, could solve some of the brand’s booking issues. Either that or I’m just being incredibly optimistic and the women’s division will remain largely aimless. 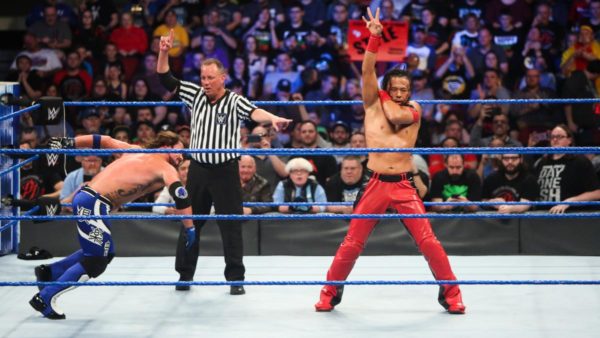 Shinsuke has been on fire since turning heel at WrestleMania and he was excellent once again this week. Complete with a new (though, unnecessary) theme song, Naks was at his heelish best as he beat down Karl Anderson after the six-man main event, which pitted Shinsuke and Rusev Day against Styles, Gallows, and Anderson. The match itself was good fun, and it’s always nice to see The Club back together in the WWE. I wish they would just commit to the idea though, instead of giving it us whenever they need a six-man main event match.

Shinsuke and AJ’s match on Friday could steal the show. A DQ win for AJ seems likely, especially with Naks’ new habit of hitting AJ where it hurts.

The Usos and Naomi

Jimmy Uso and Naomi are married in real life, so it makes sense that Naomi would want to protect Jimmy from the Bludgeons on SmackDown. Last week, Naomi coming out at the end didn’t really add anything to the feud, while this week, Naomi distracted The Bludgeons by dancing, allowing Jimmy to score a victory over Rowan just days before The Greatest Royal Rumble. This made little sense to me, especially considering the fact that women won’t be in Saudi Arabia, meaning that Naomi won’t even be around to get involved and round out the storyline when the two teams meet on Friday. These are two of the best tag teams in the WWE, just let their wrestling do the talking and don’t make everyone look silly.

Why are Rusev Day still heels!? 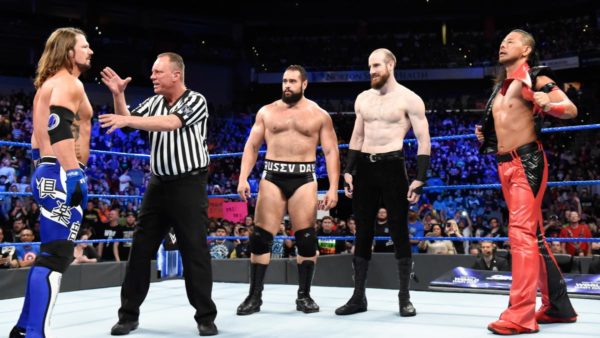 Okay, so this is an ongoing gripe, as opposed to one that just happened this week, but why are Rusev Day still being booked as heels. Rusev and English get some of the best reactions on the show, and it’s tiresome seeing them wasted as heel spot fillers in big matches. Hell, you could even have English turn on Rusev and the two feud for a while, but Ru-Ru seriously needs to change.

Verdict: Overall, I really enjoyed this week’s SmackDown. It was nothing spectacular, but it was fairly consistent and the several new guys looked good on their debuts. Backlash feels like an afterthought at the moment, and in some respects, storylines do feel like they are on hold until Friday is out of the way, but this was still an entertaining two hours of television.