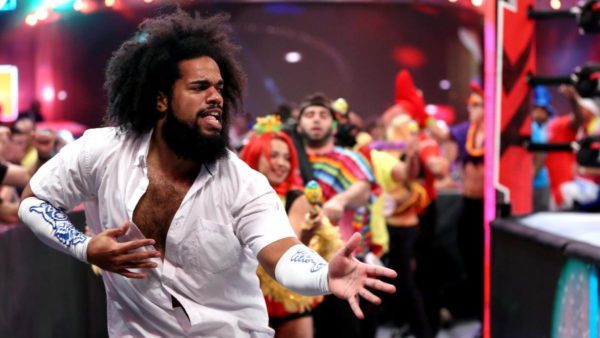 No Way Jose is out for a match with Baron Corbin. This has to be the most pointless thing on Raw right now. Jose gets in a little more offence than usual but this whole thing just feels pointless. Corbin picked up the win, but frankly, I’m not really sure anyone is keeping count. (Rating: *1/2)

Chad Gable is talking to Angle backstage. The duo are interrupted by Dolph Ziggler and Drew McIntyre. They take a few jabs at Kurt, and Gable steps in to defend him. Angle makes a match between Ziggler and Gable for later in the night.

The B-Team are out next to face Breezango in a rematch from last week. This match gets given less than two minutes and The B Team pick up the win again. This was amusing for what it was and The B-Team are fun to watch, if nothing else. It’s a shame that the WWE has seemingly forgotten about the rest of the tag team division on Raw, but it will be interesting to see how far they are willing to go with Axel and Dallas. 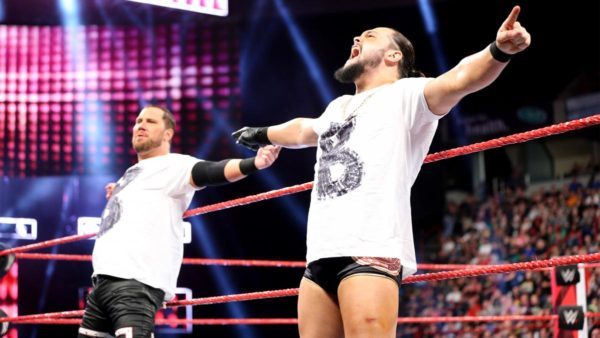 Contract Signing time and Nia Jax and Ronda Rousey are both introduced by Stephanie McMahon. The two women don’t say much, instead, Stephanie whips out her spoon and does some stirring, insinuating that Rousey had used her name to earn a title shot, and has not shown any respect for the division. She then says that Jax probably just challenged Nia to make a name for herself. This leads to the two women staring each other down, while Stephanie smirks in the background. I really enjoyed Stephanie in this segment, watching her manipulate the women to do what she wants was great to watch, and her facial expressions when the two stared each other down were spot on. Booking a match between Nia and Rousey so early is certainly an odd piece of booking, but this gave me hope that the whole feud could really work.

Chad Gabe Vs Dolph Ziggler is the night’s next match. As always, Gable is an absolute delight to watch in the ring, and Ziggler is no slouch either. The two men weren’t really given enough time to do anything special, but I’d definitely like to see what they could do if they were. Ziggler picked up the win and then McIntyre laid out Gable after the match with a Claymore. (Rating: ***) Could we see a returning Jordan come to Gable’s aid in the coming weeks? Or was this just a one and done deal? Either way, everyone involved here looked pretty good, and the defeat didn’t damage Gable. 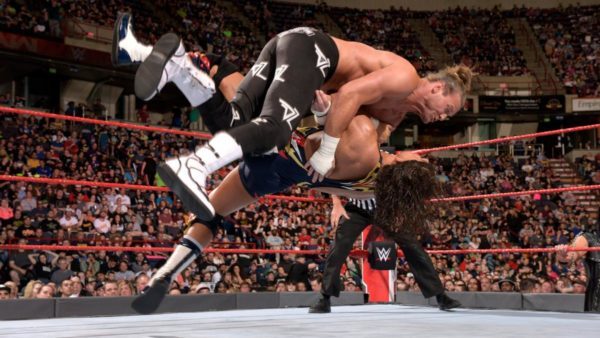 Money in the bank qualifying time, and this week, it’s a fatal 4-way match between Natalya, Dana Brooke, Liv Morgan and Sarah Logan. This was the least interesting qualifying match so far, and the result felt very predictable. The in-ring work was fairly dull, and the finish saw Natalya pick up the victory. (Rating: **)  After the match, Natalya talked about Rousey. Could we see a Natalya cash in on Rousey in a few week’s time? It would be a waste of the briefcase, but I wouldn’t rule it out.

Elias is out next. He does his usual shtick on the guitar and is interrupted by Bobby Roode. This leads to a match between the two.In fairness, this was a solid bout, but it just feels like they have no real plan for either of these two men at the moment, which is a shame given their talent. Elias picked up the victory over Roode here in a classic case of 50/50 booking. (Rating: ** 3/4)  It’s a shame Elias isn’t in the Money in the Bank match, and while it’s good to see Roode involved, there is no chance of him winning. 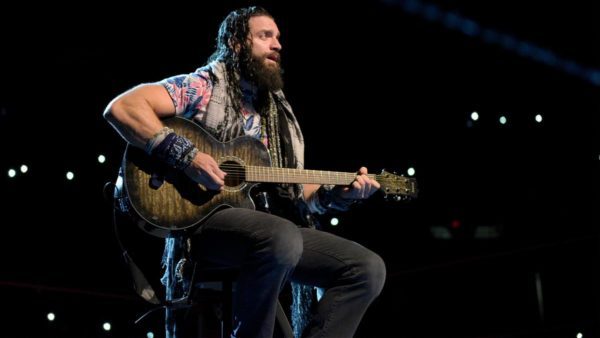 As Elias is leaving the stage, Braun comes through the ramp and mows him down, and we’re straight on to the night’s main event. Braun and Finn were fun together as a team last week, and it turns out they also know how to put on a fun one on one match as well. The two had an interesting dynamic in the ring. It’s always fun watching Braun throw smaller wrestlers about, and Balor helped make him look great here. Balor’s rallies were fun to watch and were a nice reminder of how he was booked when he first arrived in the company. Of course, though, Braun picked up the victory with the running power-slam. (Rating: *** 1/4)  After the match, Braun picked Finn up on his shoulders for another power-slam, but thought better of it and stood him up in the corner. Oooo, wrestling fwends. This was a fun way to end the night. 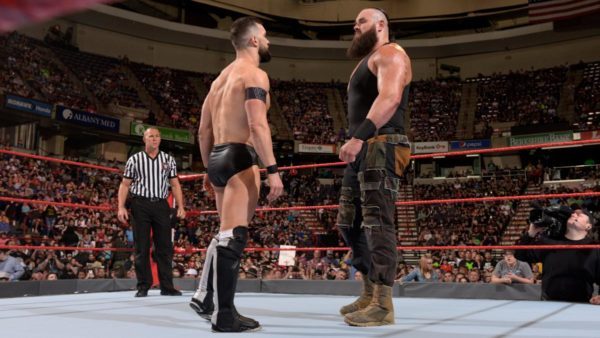 Verdict: This was one of the most inconsistent episodes of Raw in some time. The opening match, the tag match, and the main event were all good, while the rest of the matches ranged from poor to average. With 9 matches and several segments on one show, this was always going to have its ups and downs, but with so much to cram in, the run-time was really felt here. The less said about that Sami Zayn and Lashley segment, the better.