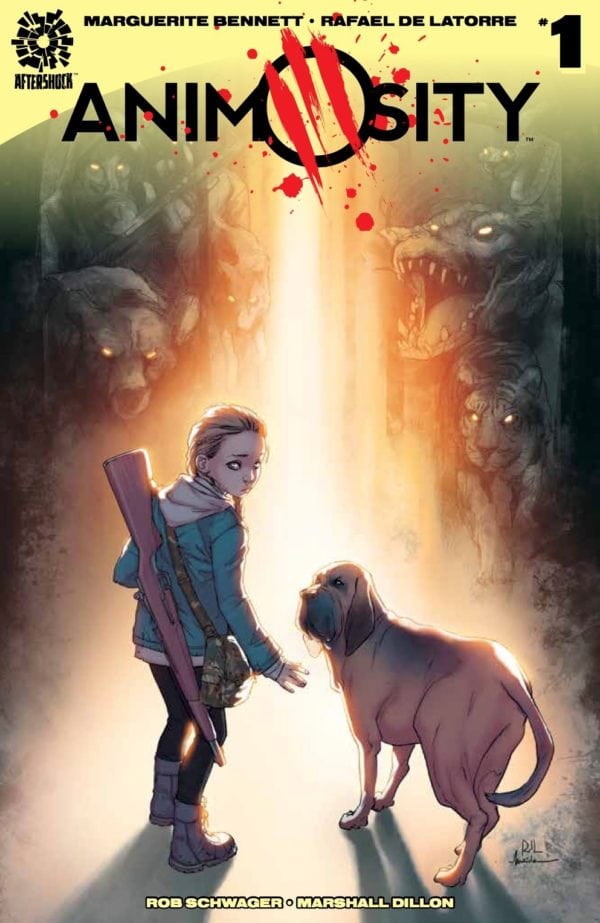 In Animosity, the world is plunged into chaos once day when animals suddenly wake up. They start thinking. They start talking. They start taking revenge. In the midst of the turmoil is Jesse, an 11-year-old girl, and her devoted dog, Sandor. One year after the incident, Jesse and Sandor begin a cross-country journey from New York to San Francisco, to find the only person who might be able to protect and save them.

AfterShock Comics is a publisher of creator-driven comic books and graphic novels aligned with an accomplished TV and film production company. The company is overseen by CEO Jon Kramer and President Lee Kramer, who will produce the film adaptation of Animosity, with Jon Silk overseeing the project for Legendary.