Sony Pictures has released a new poster and trailer for the upcoming mystery thriller Searching. Directed by Aneesh Chaganty, the film made its world premiere this year at the Sundance Film Festival where it was the recipient of the NEXT Audience Award and stars John Cho, Debra Messing, Joseph Lee, and Michelle La; take a look here… 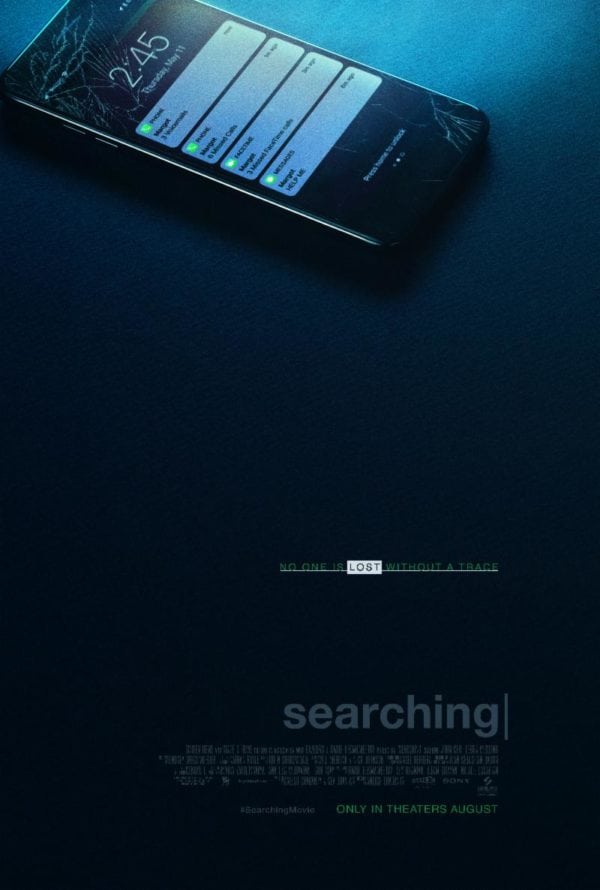 After David Kim (John Cho)’s 16-year-old daughter goes missing, a local investigation is opened and a detective is assigned to the case. But 37 hours later and without a single lead, David decides to search the one place no one has looked yet, where all secrets are kept today: his daughter’s laptop. In a hyper-modern thriller told via the technology devices we use every day to communicate, David must trace his daughter’s digital footprints before she disappears forever.

Searching is set for release on August 3rd in the US and on August 31st in the UK.