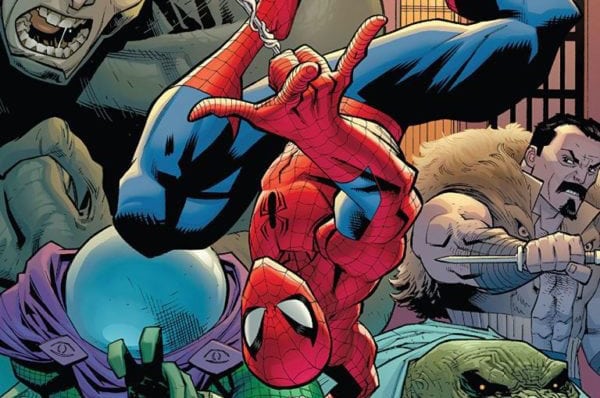 Coinciding with its launch this week, Marvel has unveiled a trailer for The Amazing Spider-Man #1, which takes us behind-the-scenes of the web-slinger’s new series and sees writer Nick Spencer, editor Nick Lowe and editor-in-chief C.B. Cebulski teasing Peter Parker’s latest adventure. Check it out here…

“Spider-Man is my dream job…there’s no better character in comics,” adds Spencer. “Spidey really has the best rogue gallery in all of comics, and I think you can expect to see anyone and everyone you could ever hope for.”

An alien invasion hits New York City and the only one who can stop it is…Spider-Man?! And if even that’s not enough, you’ll see a new roommate, new love interests – and a new villain! Spider-Man goes back to basics courtesy of Nick Spencer (SECRET EMPIRE, SUPERIOR FOES OF SPIDER-MAN) and the Marvel debut of RYAN OTTLEY (Invincible)!

The Amazing Spider-Man #1 is out now.