Sideshow has revealed its Legendary Scale Boba Fett figure. The limited edition Star Wars collectible stands at an impressive 41 inches tall and is available to pre-order now, priced at $2,650.00, with shipping expected between January and March 2018; take a look at the official promotional images here… 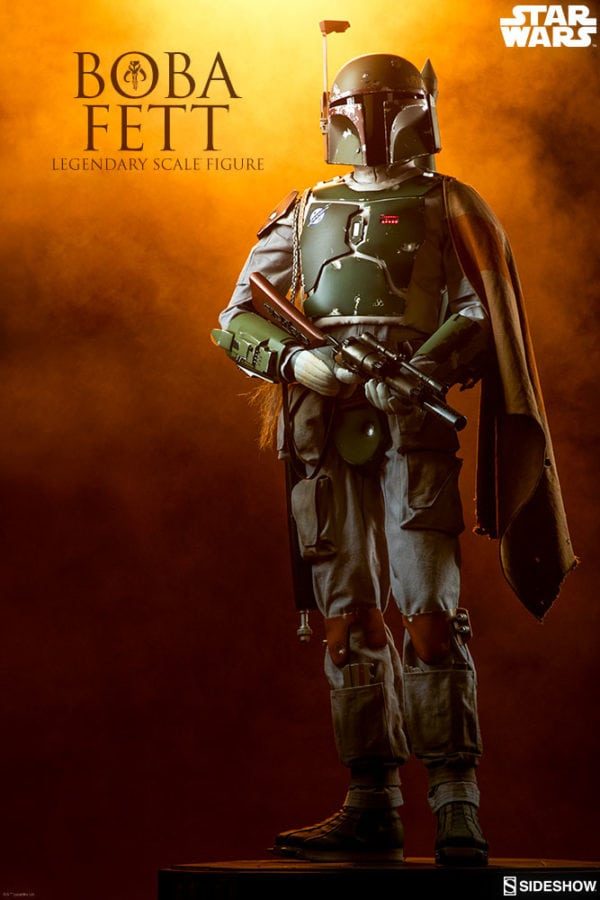 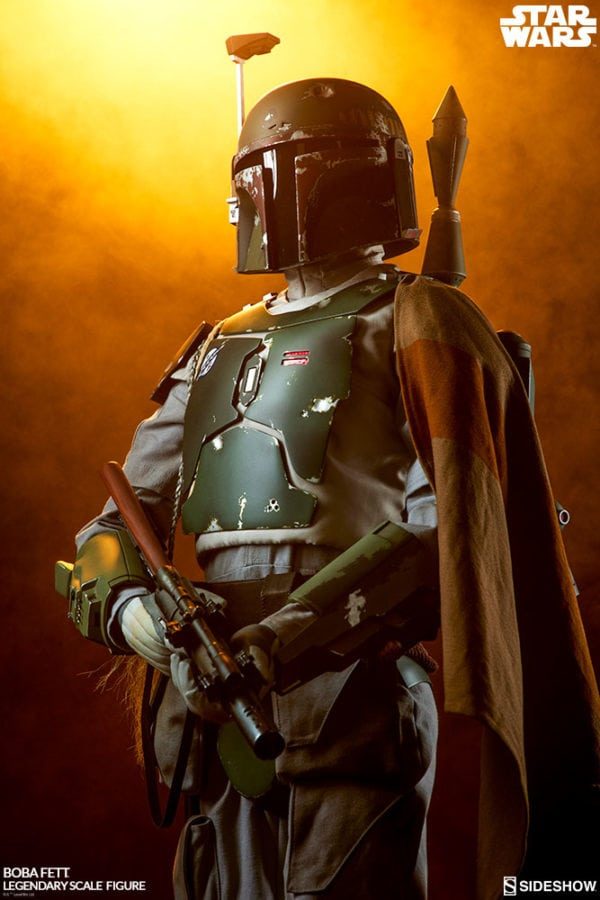 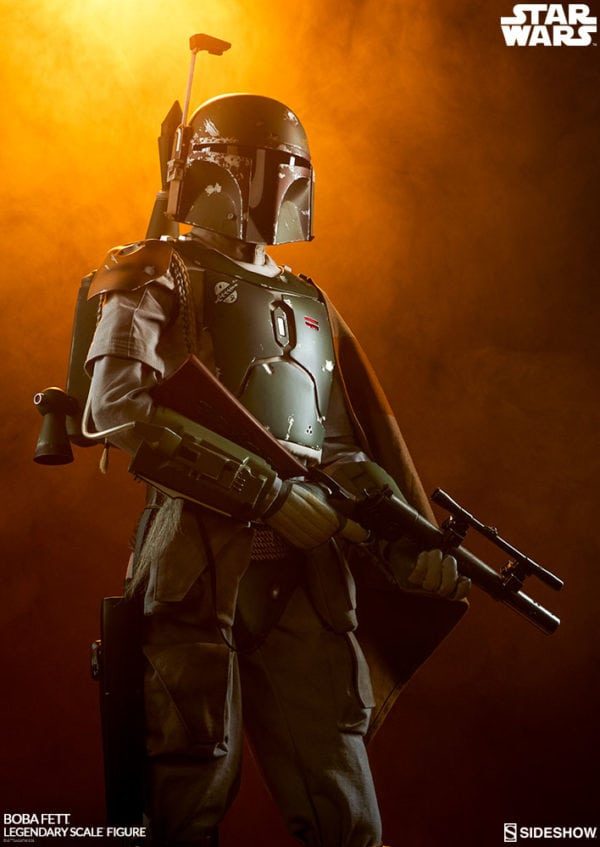 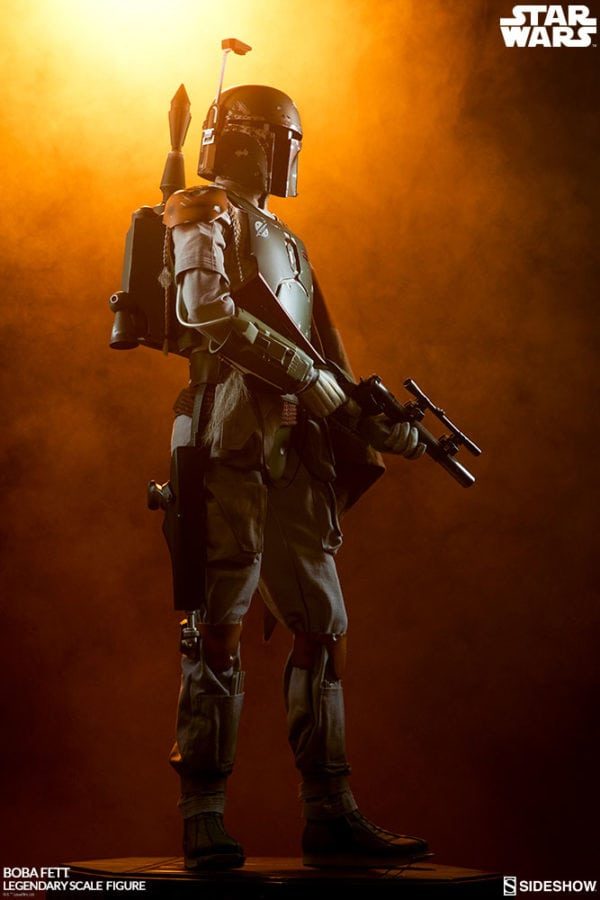 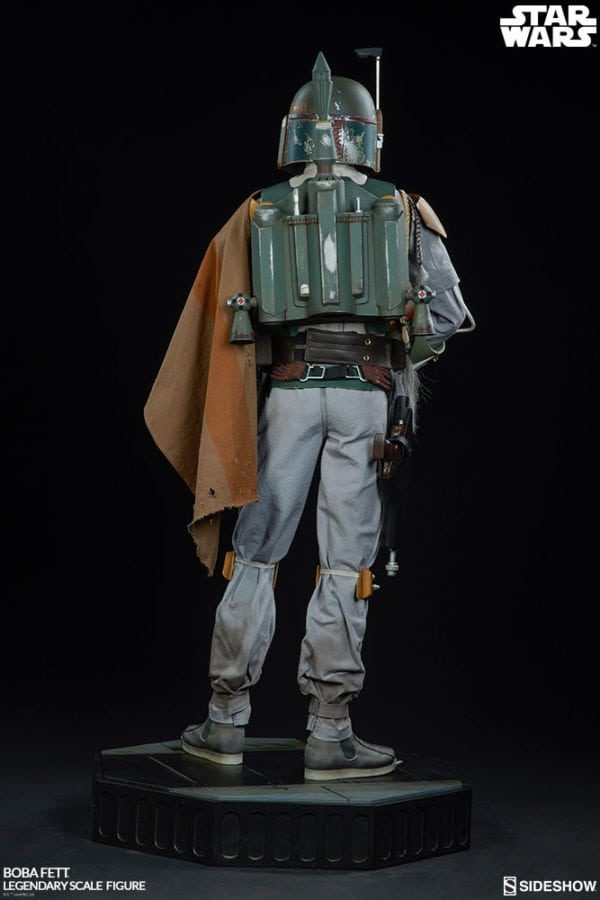 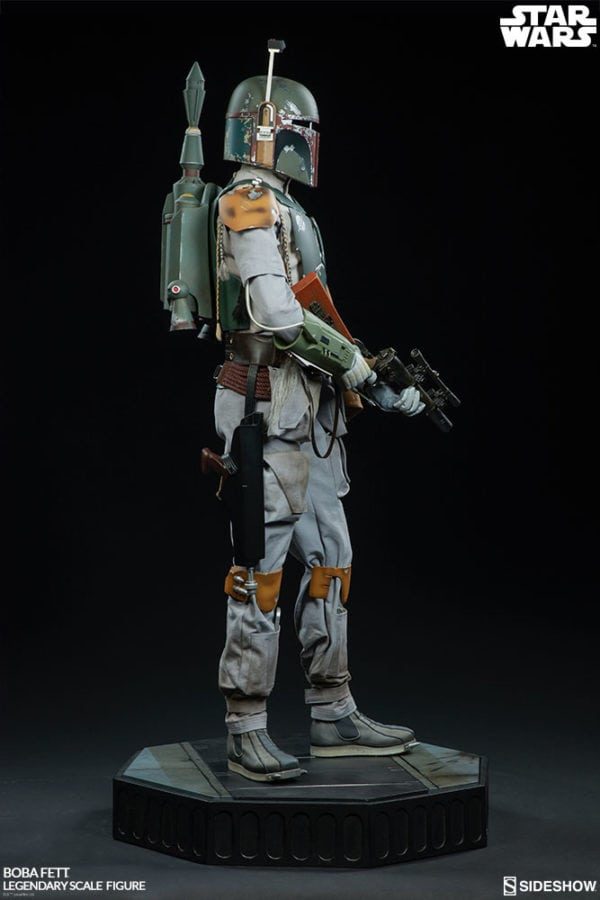 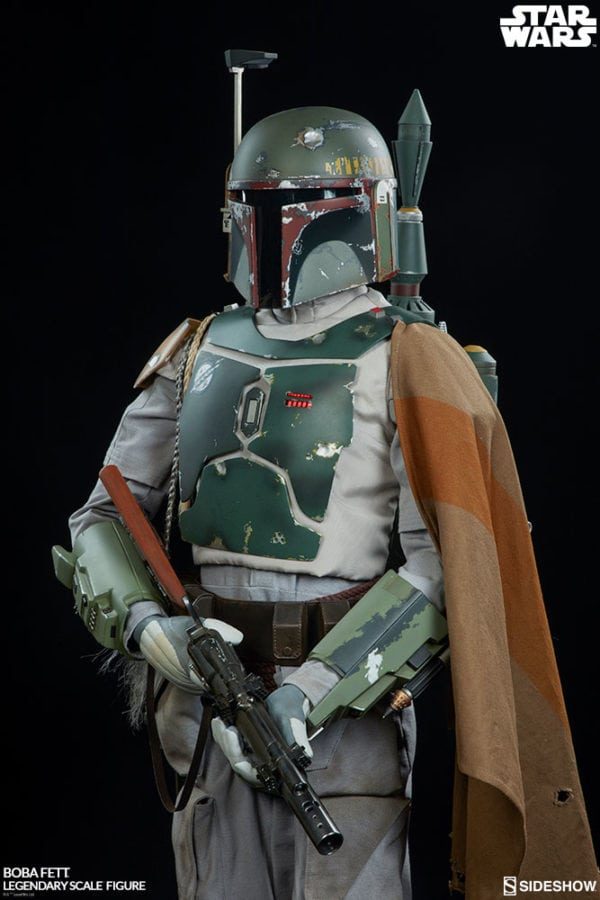 Measuring 41” tall, the notorious bounty hunter Boba Fett is a cold, calculating mercenary standing atop a base inspired by his dramatic exit from Cloud City. The figure has an articulated helmet and rangefinder, allowing you to display him on the lookout for his next target, and he holds his blaster at the ready.

The Boba Fett Legendary Scale™ Figure mixes highly-detailed sculpture with custom tailored fabric elements to recreate his iconic, battle-worn Mandalorian armor with incredible accuracy. The figure includes synthetic hair Wookiee scalps draped over his shoulder as trophies of his professional reputation. Boba Fett is crafted out of fiberglass, ABS, and cloth elements, and includes a light-up feature on the bounty hunter’s chest plate for an additional display option.

The Boba Fett Legendary Scale™ Figure is ready to make his mark in any galaxy of Star Wars collectibles. Hire the infamous bounty hunter and add him to your collection today!