SummerSlam is just days away and tensions are at a boiling point on SmackDown. On this week’s show, AJ Styles came out to address Samoa Joe’s recent comments, Carmella tried to get one over on Charlotte and Becky Lynch, and Jeff Hardy made his return to in-ring action, but which superstars managed to gain the upper hand heading into the WWE’s biggest party of the Summer? Let’s take a look at this week’s SmackDown rankings and find out. 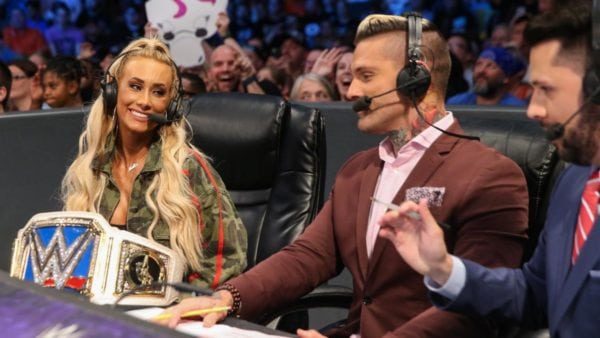 Like last week, Carmella wasn’t involved in any in-ring action this week, but she did get an opportunity to show off her mic-skills in the night’s opening segment. Having Carmella play the anti ‘women’s revolution’ diva role is a nice move, and she did a great job at selling the match and creating a rift between Charlotte and Becky. Will Carmella be able to keep hold of her crown at SummerSlam? With tensions brewing between Charlotte and Becky Lynch, I wouldn’t rule it out. 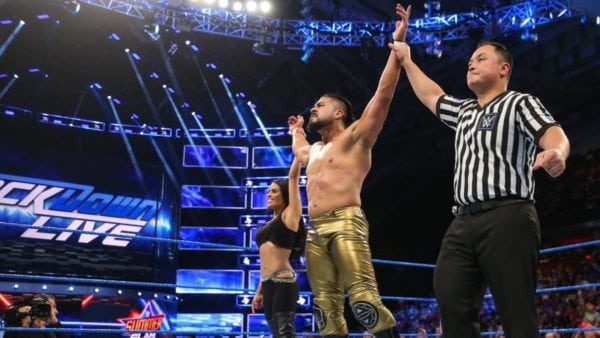 Andrade ‘Cien’ Almas’ match with Aiden English may have only been a minute and a half long, but it did exactly what it needed to.

Almas is one of the best new acts on SmackDown, and his match with Rusev and Lana on the SummerSlam pre-show has plenty of promise. Almas’ in-ring style is one of the most attractive in all of the WWE, and it’s always great to see him get some screen time, even if it is minimal. Almas and Vega should pick up the victory on Sunday, and then Almas can move up the card into the US title scene.

With just days to go before he gets a shot at revenge against Shinsuke Nakamura, Jeff Hardy made his return to SmackDown live this week, defeating Shelton Benjamin in a solid effort late in the show.

Shinsuke Nakamura made his way down to the ring to confront Hardy after the match and Hardy ended up laying Naks out after an attempted attack from the US champion. Hardy will likely lose the match on Sunday, probably because of some sort of interference from Randy Orton, but this was a nice way to give him some momentum back before the show. 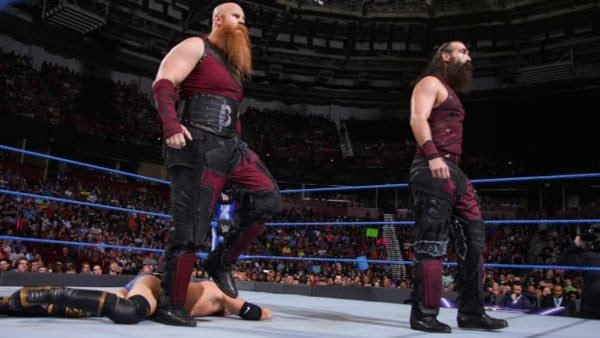 The Bludgeons were back to do what they do best this week- obliterate some poor jobbers to help them build momentum heading into SummerSlam.  This week, they beat down their opponents before the bell even has a chance to ring and the referee stopped the match before it ever officially begun.

This tactic has been effective at establishing The Bludgeons as the dominant team on SmackDown, I just hope they get a chance to put on a decent match with The New Day at SummerSlam.

Like last week, Charlotte took part in a tag-team match with Becky Lynch on this week’s SmackDown. The opening segment, which saw Carmella talk about Charlotte’s achievements in the WWE as an attempt to get into Becky Lynch’s head was an effective way of building some hype for the upcoming triple threat match, and Charlotte looked strong in the brief time she got in the ring against Rose and Deville.

The WWE has clearly planted the seeds for a heel turn at SummerSlam, and given Charlotte’s current popularity level, I presume it will be Becky turning on her friend and not the other way around.