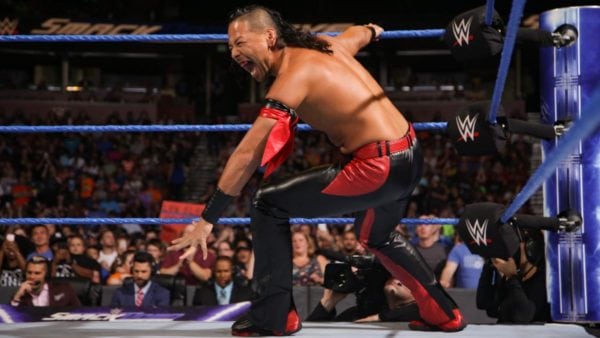 Shinsuke drops a few places on this list, largely because he got his arse handed to him by his SummerSlam opponent, Jeff Hardy, on this week’s SmackDown.

Shinsuke is quickly becoming one of the best heels on the show though, and there is no doubt that he will manage to keep hold of his title on Sunday night, potentially with some help from Randy Orton.

Once again, The New Day stole the show on this week’s SmackDown. After putting on an excellent match with The Bar last week, the four time tag-team champions put on an impressive display against Sanity on this week’s show.

The team are great at getting the best out of whoever they happen to be sharing a ring with, and all being well, they will be given the opportunity to take The Bludgeons to a great match at SummerSlam as well. The team have been squashed in previous encounters with the champs, but hopefully, they have built enough momentum so that isn’t the case this time around. 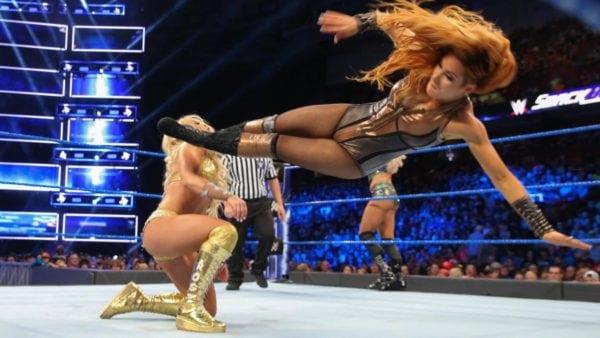 With just days to go until her triple threat match for the SmackDown women’s championship, Becky Lynch made one hell of a statement on this week’s SmackDown. Enraged by Carmella’s comments before her match, Lynch was out to prove she was more than just Charlotte’s sidekick, and she effectively beat Mandy Rose and Sonya Deville on her own.

Having Becky refuse to tag in Charlotte was a nice touch, and it was a great way of furthering the rift that is growing between the two women just days before they meet in the ring at SummerSlam. Lynch has been on quite the roll in the last month, but I don’t expect her to leave Brooklyn with the SmackDown women’s title around her waist.

Samoa Joe used this week’s SmackDown as the last chance to play mind games with his SummerSlam opponent, AJ Styles. When Styles came out at the end of the show to address Joe’s recent actions, the Samoan Submission Machine interrupted the champ and read out a letter from AJ’s wife, saying that AJ doesn’t care about his family and wishing him all the best at SummerSlam.

While this could have been a little hamfisted in the hands of the wrong performer, Joe nailed the delivery of the letter, and his smug grin as he walked out and closed the show was perfect. Joe has been excellent over the last few weeks, and the decision to keep the two from having any sort of physical altercation has really paid off.

Could this be the last time we see AJ Styles on this list as WWE champion? The build for his match with Samoa Joe has been expertly delivered, leaving fans wondering exactly who is going to win at SummerSlam.

Styles cut a great promo to close this week’s SmackDown, and the WWE audience were really getting him behind him just days before his match with Joe. Styles has been a phenomenal WWE champion, but I’m really not sure whether he is going to be able to hold on to his belt on Sunday night.