SmackDown has done an excellent job at building rivalries over the last month, and with SummerSlam now in the history books, several of those took a violent turn this week as the brand prepares for the next PPV, Hell in a Cell.

Let’s take a look at this week’s results and find out who is on top following SummerSlam.

Daniel Bryan makes his first appearance on this list following his impressive performance at SummerSlam this past weekend.

Bryan may have come out on the losing end of his match with The Miz, but the match was really just the first chapter in what will likely be a very long story. On this week’s SmackDown Daniel Bryan placed himself in a mixed-gender tag match with Brie Bella against The Miz and Maryse at Hell in a Cell, and while some might bemoan the fact that their wives are getting involved, Bryan should have to wait a while before he can get his hands on The Miz again, and this is a nice way of doing that.

Rusev picked his first win in a while on this week’s SmackDown, forcing Andrade ‘Cien’ Almas to tap in a rematch from SummerSlam. Their match was a step-up from the weekend’s encounter, and it looks as though Rusev Day may all be getting back on the same page as well.

Hopefully, we can get a match between Rusev and Almas that isn’t totally dominated by outside shenanigans in the near future.

The Bludgeon Brothers reign of terror came to an end on this week’s SmackDown, but the former Wyatt Family members didn’t go down without a fight.

This week’s main event on SmackDown was a hard-hitting and thrilling encounter, and it’s a shame that The Bludgeon Brothers have started to perform now that it looks as though they are going to be forced to take time off.

Who knows, maybe when they return, they will be used a little bit more like this.

Jeff Hardy may have picked up a DQ defeat this week, but he finally got the chance to get some revenge on Randy Orton, who has been tormenting him for the last six weeks.

The two men had a fairly solid encounter, but Hardy finally snapped and attacked Orton, putting him through a table with a swanton bomb in the crowd. The segment was really well executed and it looks likely that the two men are now going to be meeting inside hell in a cell at the upcoming PPV. 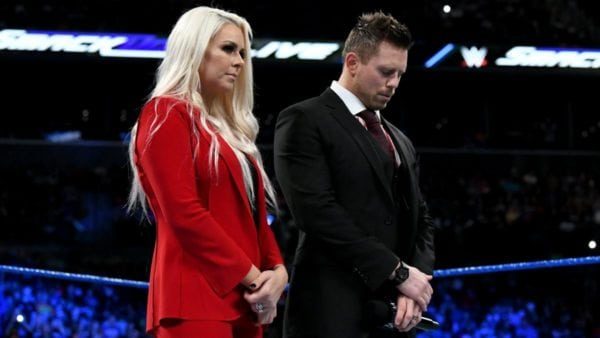 After picking up a victory over Daniel Bryan at SummerSlam, The Miz was on fine form this week. His opening promo was absolutely perfect and watching Daniel Bryan having to overcome The Miz’s obstacles to finally get his rematch should make for excellent television.

Their match at SummerSlam was one of the best on the card, and given a lot more build, their second encounter, which should take place at Survivor Series, could be an absolute cracker.