With the launch date for Assassin’s Creed: Odyssey, the latest title in the Assassin’s Creed franchise just round the corner, Ubisoft have released the game’s launch trailer, and an epic one it is as well.  You can watch this new trailer below…

SEE ALSO: Hands on with Assassin’s Creed: Odyssey at EGX 2018 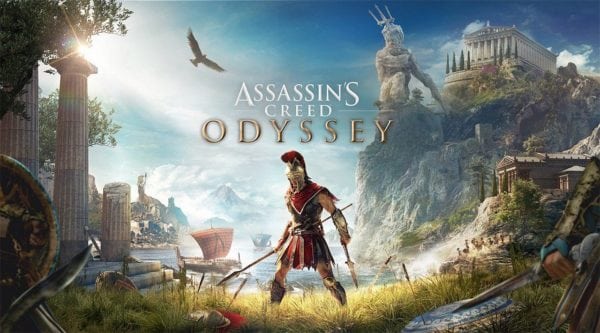 The trailer showcases the brave, intrepid exploits of the game’s hero Kassandra or Alexios while all the time the opposite of what we see is being narrated by an old blind prophet (possibly Tiresias, for those with an interest in Greek mythology).  With the old prophet speaking about how the gods have already chose our character’s future, his spiel is cut short but you’ll have to watch the trailer to find out why.  As for game footage, there’s not really anything to see that hasn’t been seen in previous trailers but the effort that has been put into the trailer more than makes up for that.

Assassin’s Creed Odyssey is an ambitious role-playing game that places choice at the center of the experience. The action takes place in Ancient Greece, a world rich with myths and legend, in fifth century BC during the Peloponnesian War between Sparta and Athens. Embodying , a mercenary of Spartan blood sentenced to death by their family, players will embark on an epic journey from a young outcast to a legendary hero and uncover the truth about their mysterious First Civilization lineage.

Assassin’s Creed: Odyssey will be available on Xbox One, PS4 and PC on 5th October.  Order the Gold Edition and receive the game three days earlier.