Liam Hoofe with his predictions for WWE Hell in a Cell… 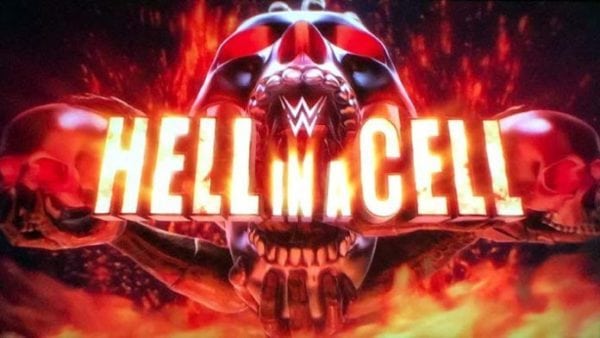 This Sunday night, the WWE will present Hell in a Cell. With both Super Show Down and Evolution on the horizon, the company has a lot to juggle at the moment and shows this month, especially Raw, have somewhat struggled to maintain focus on Sunday’s event.

That being said, the eight matches which make up Sunday’s card all have the potential to be excellent, and there are plenty of potential twists and turns we could see at the event. Let’s take a look at all of the card’s matches and try and predict their outcome. 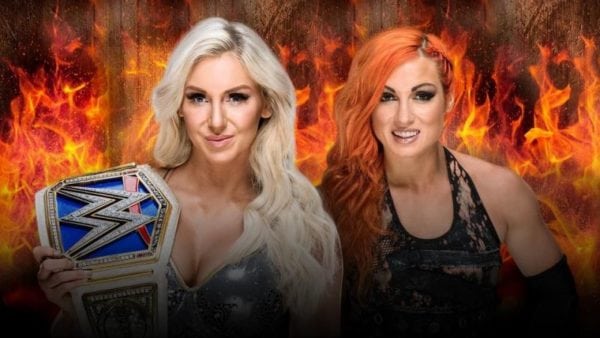 The decision to turn Becky Lynch heel has caused an uproar among the WWE fanbase. The Lass-Kicker has been one of the company’s most popular female faces for the last couple of years, and that affection for her has been on full display over the last month.

Is there a chance the WWE will realise the error of their ways and book a double turn at Hell in a Cell? Yes, but I wouldn’t count on it. The WWE seem fairly adamant on having Flair positioned as their top female star, and with a potential WrestleMania match with Ronda Rousey on the horizon, they don’t want her losing here. As unfortunate as it is, it seems Lynch will probably end up tapping out on Sunday night. If the company has any sense though, a finish that protects her, potentially with her passing out to a figure-8, would be their best plan of action going forward.

Rusev Day Vs The New Day 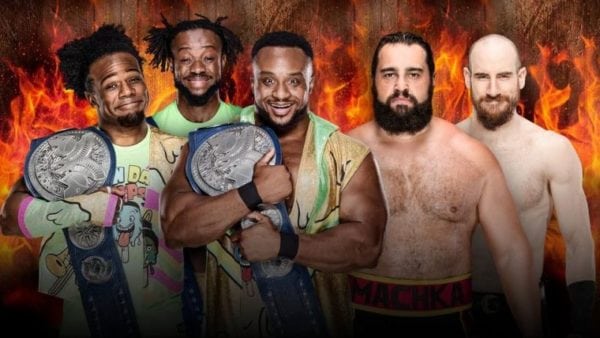 Erick Rowan’s recent injury means that the WWE has had to change their plans with the SmackDown tag-team division. Thankfully, the division is talented enough to not allow that to effect them, and the division has been one of the highlights of SmackDown over the last month.

This should be a really fun encounter, with both teams being massively over with the fanbase. It seems unlikely that the WWE will want to take the belts off The New Day so soon after crowning them as champions though. 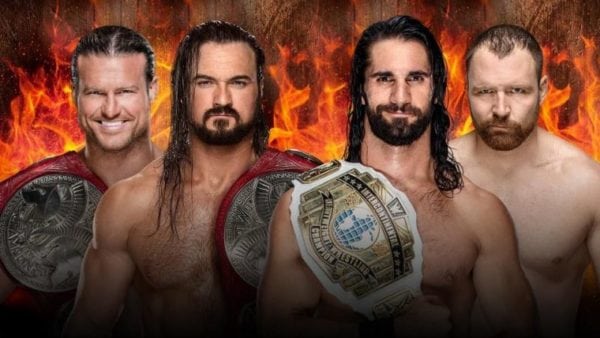 This is one of the toughest matches of the night to call. Both teams have been involved in the biggest feud on Raw at the minute, and there is every chance that the WWE wants to close the show with one of the trios holding all of the gold. That being said, they may want to hold off on that for a while and a victory for the heels here means that both teams can hold onto gold in some capacity. It’s too early for a Shield implosion, but they could potentially begin to plant the seeds for that on Sunday night. 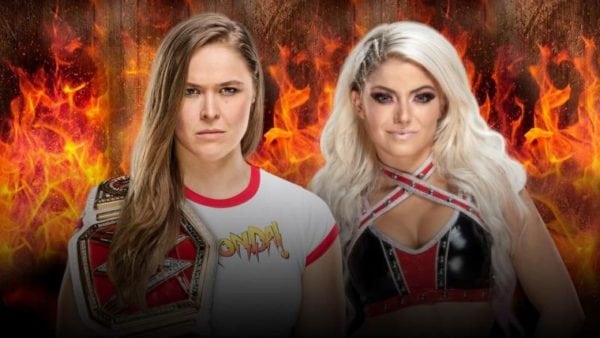 This is probably the most predictable match of the night. Rousey is not likely to drop the title with Evolution around the corner, and Alexa Bliss already has a match lined up at the event with Trish Stratus. The only real question here is, will The Bellas get involved? Rumour is that Nikki Bella will take on Rousey at Evolution, so a potential showdown post-match shouldn’t be ruled out. 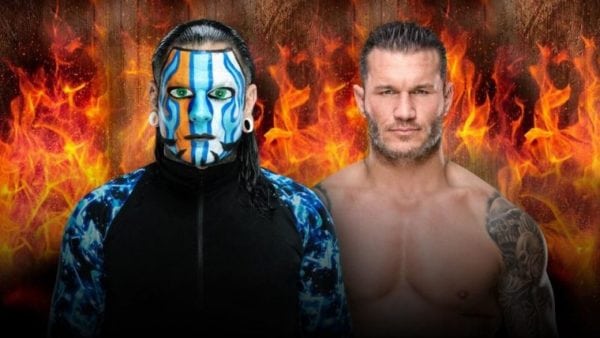 While having two veterans hog the spotlight on SmackDown does seem a little silly, this match should prove to be one of the most violent encounters at Hell in a Cell. Randy Orton has been in need of a character refresh for some time now, and the former WWE champion is much better suited to playing a heel. I have genuine concerns about Jeff Hardy’s health on Sunday night, and there is every chance that he could end up throwing himself off the top of the cell in the name of sports entertainment. A big spot is likely to lead to the end of the match here, and it will probably involve Hardy putting his life on the line somewhere, only for Orton to capitalise on the mistake.

The Miz and Maryse Vs Daniel Bryan and Brie Bella 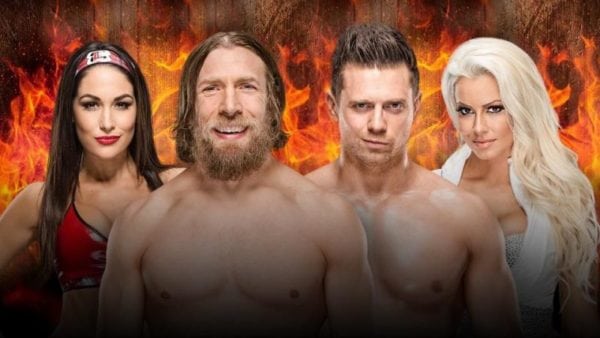 The Miz and Daniel Bryan’s feud is going to continue to build into one of the biggest on SmackDown in the coming months, and hopefully, the feud has enough legs to last until WrestleMania. The decision to include both men’s partners in this match-up is a smart one, and it allows Bryan to regain some momentum following his defeat at SummerSlam.

Of course, though, Bryan will not pick up the win over The Miz. Instead, Brie will score a pinfall victory over Maryse, with The Miz and Bryan being kept apart somehow in the match’s closing stages. 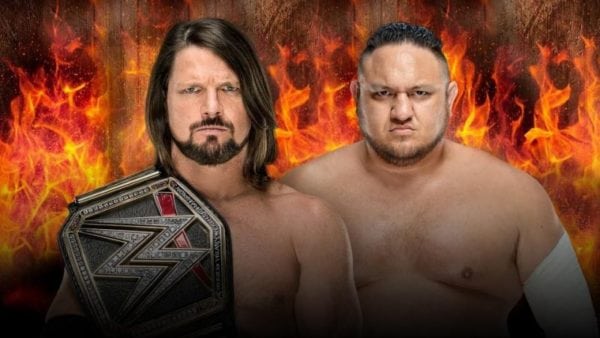 Samoa Joe and AJ Styles know how to get the best out of each other in the ring, and there is no doubt that, if they wanted to, they could take things up one more notch following their excellent encounter at SummerSlam.

Styles has been an excellent WWE champion, and I have a feeling that they want to extend his title run beyond the one-year mark. That being said, the winner of The Miz Vs Daniel Bryan at Super Show Down will be waiting in the wings for the champion, probably at Survivor Series, so I suspect AJ will drop the belt then.

The fact that this is just a straight up singles match tells me that there is going to be some kind of controversial finish on Sunday night. Given the nature of the storyline between the two men, you can expect this to erupt into an all-out brawl, with no clear winner left at the final bell, setting up some sort of stipulation for their showdown next month in Australia. 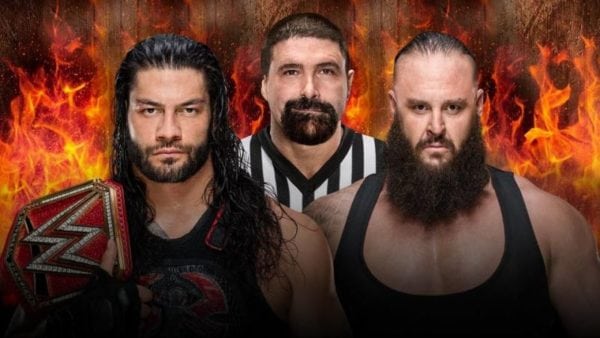 The decision to turn Braun heel has been a controversial one, and it remains to be seen as to whether or not it is going to work. The Monster Among Men is one of the most popular acts on the WWE roster, so having him play a heel role for too long seems utterly pointless.

Due to the nature of the cell, one man will have to walk out victorious on Sunday night, so I’m playing it safe and keeping it on Reigns. The WWE has invested so much time in building Reigns up as the ultimate face on Monday night, that it wouldn’t really make much sense for him to drop his prize only one month after winning it.