WWE Raw has been on a fine run of form since SummerSlam, and with three major shows all on the horizon, the company would be hoping to build on that momentum on this week’s show.

Following Braun Strowman’s heel turn, and Kevin Owen’s shocking resignation on last week’s show, what did the WWE have in store for us this Monday? 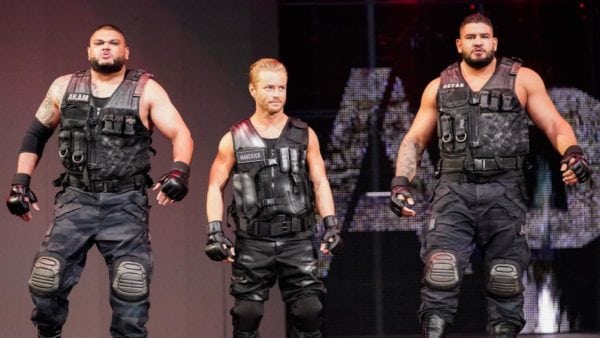 The Authors of Pain have been woefully misused since their call-up to the main roster after WrestleMania. The group has done nothing more than squash random jobbers and have a semi-feud with Titus Worldwide. It looks as though things could be looking up for the group though, with 205 Live general manager, Drake Maverick becoming their new manager on this week’s Raw.

It’s definitely an odd move, but Maverick is great on the mic, and the group got over in NXT thanks to the work of Paul Ellering. Once again, they destroyed a pair of jobbers on this week’s show, but here’s hoping that this is something of a soft reset for the team, and they can find themselves working their way up the tag team division on Monday nights.

Finn Balor was a sacrificial lamb to Braun Strowman on this week’s Raw. The former Universal champion was beaten by Strowman in the night’s main event in an entertaining encounter. While Balor isn’t being used exactly how fans would like, he is still being heavily featured in main events on Raw. Hopefully, he can draw a line under his feud with Baron Corbin in the coming weeks and move on to something a little more interesting. 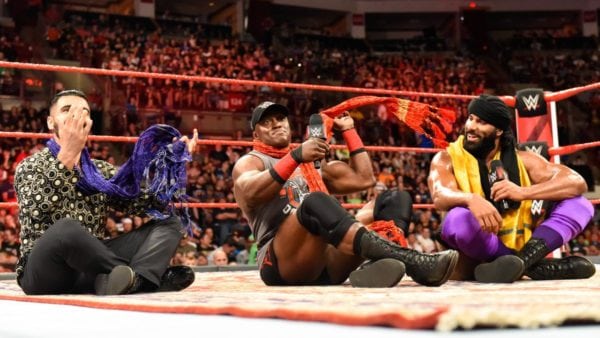 Bobby Lashley once again found himself stumbling into another random mid-card feud on this week’s Raw. After being advised by Constable Corbin to join a meditation session with Jinder Mahal on Raw,the former US Champion was attacked by Kevin Owens and powerbombed into the ring apron.

Firstly, what was the point in having Owens quit last week if he was just going to return and attack Lashley on this week’s show with zero repercussions? Secondly, I’m really not sure who Lashley is supposed to be feuding with right now. He currently has beef with Elias, Corbin, Mahal and Kevin Owens. The Raw upper mid-card scene is in a bit of a mess and hopefully, things become a bit clearer in the coming weeks. 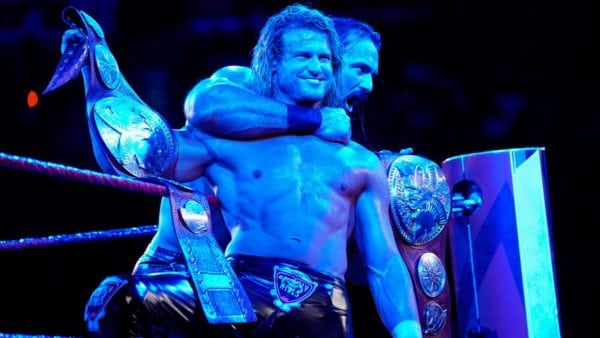 Drew McIntyre has looked excellent since his return to the main roster and he picked up his biggest win yet on last night’s Raw, teaming up with Dolph Ziggler to defeat The B-Team and capture the tag-team titles. I really like the way they are slowly building McInytre up at the moment. He looks great and his in-ring work is solid. Hopefully, the WWE doesn’t mess him up this time around.

Along with McIntyre, Dolph Ziggler won the tag-team titles on this week’s Raw. The former Intercontinental champion has become a major part of Monday nights recently, and hopefully, he and McIntyre can restore some glory to the tag-team titles in the coming weeks. A feud with The Authors of Pain is a mouthwatering prospect.