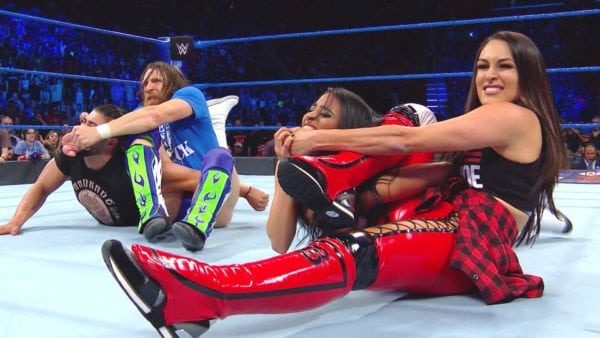 Daniel Bryan picked up a big win on this week’s SmackDown, defeating Andrade ‘Cien’ Almas in an excellent encounter to open the show. Bryan’s feud with The Miz has really escalated in recent weeks, and the addition of the two men’s wives is a smart way of keeping them from locking up again in a singles match.

Bryan was unlucky not to get his hands on The Miz throughout the night, having to settle for a beatdown on Almas instead to close the show. This feud is brewing up quite nicely, and it will be interesting to see where the WWE takes it after Hell in a Cell.

“I don’t care what I have to do… that title is coming home WITH ME!” – @BeckyLynchWWE to @MsCharlotteWWE #SDLive pic.twitter.com/suYVFiMxuM

While there were no physical altercations on this week’s SmackDown, Becky Lynch and Charlotte took part in a live interview segment during the show. It was a nice segment and a good way of continuing the feud between the two women. Lynch is super over right now and the crowd chanting her name whenever Charlotte spoke made for amusing viewing.

Why the match between these two women is not taking place inside hell in a cell is puzzling but either way, this is one of the best female feuds of 2018 so far.

Fan reaction has certainly started to turn against Charlotte, with many believing that she has become the Roman Reigns of the  women division. This was never more evident than during this week’s live interview when Charlotte was booed and the fans chanted Becky throughout the segment. The WWE’s best shot here would be to switch the roles around here, or at the very least, have Lynch play more of a tweener role, instead of an out and out heel.

Samoa Joe was on fine form on the mic once again on this week’s SmackDown. His promo about AJ’s family was expertly delivered, and while I am not usually a fan of wrestlers using families to build a feud, Joe and Styles have done an excellent job here.

Joe is the best promo worker on the main roster at the minute, and the WWE needs to capitalise on his momentum and hand him the title at SummerSlam. 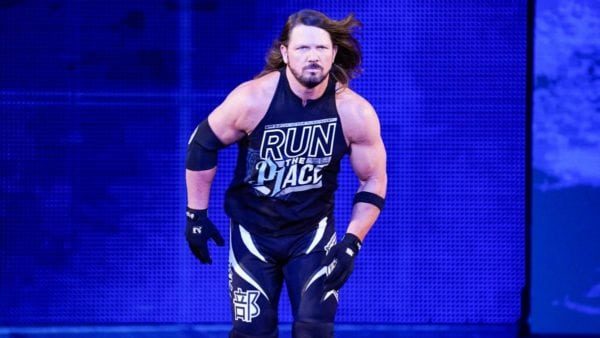 Styles made a surprise appearance on this week’s SmackDown, coming down to the ring to fight Samoa Joe after his rival had brought up his family once again. This feud has been really refreshing for AJ’s character, and it’s also brought out a nice intensity from the WWE champion.

This feud is quickly becoming one of the best in the WWE, and their brawl this week did an excellent job at building more hype for their encounter at Hell in a Cell.