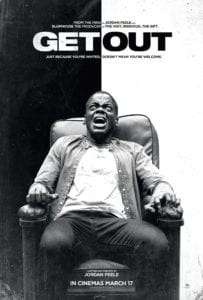 Chris, a young black photographer, is anxious about meeting the parents of his white girlfriend Rose, worried about the reception he will receive, unaware of the true horror that the meeting will bring. 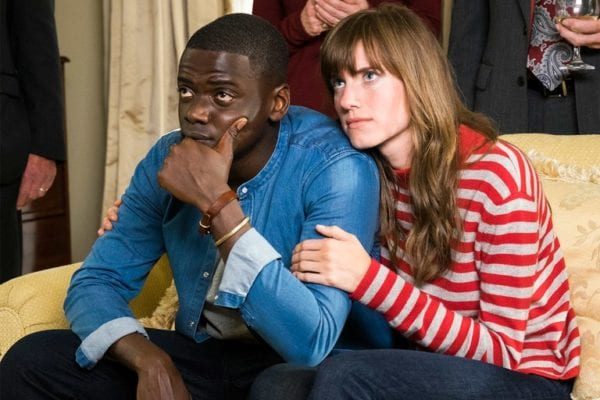 Since the first ceremony in 1927, the Academy Awards have only ever nominated 6 horror films for Best Picture, with only The Silence of the Lambs (which I reviewed last year) taking home the top prize. This demonstrates that despite horror films enjoying massive critical praise they still tend to get ignored when Oscar season comes around.

That all seemed to change in 2017 with the release of the subject of today’s review. It’s a film that not only broke the cycle of neglect by receiving four Oscar nominations including one for Best Picture (becoming only the sixth film to do so), but it also marks what I hope is a sea change that we have now reached a point that the where the horror genre can be considered “Oscar-worthy”.

It’s a film that was one of the most talked about films of last year and was almost inevitably going to be looked at by me as part of this series, I am of course talking about Get Out.

For his debut film writer/director Jordon Peele follows a proud tradition of horror film-makers by lacing his horror with a strong element of social satire, making what is an already effective chiller a much deeper and thought-provoking experience. Peele also doesn’t pull any punches, choosing perhaps the most controversial and polarising topic imaginable for the focus of his horror, the topic of race.

The plot plays like a modern-day version of the 1960s drama Guess Who’s Coming to Dinner (thankfully not like terrible comedy remake Guess Who) with the protagonist Chris fearful that his white girlfriend Rose’s parents will be racists bigots who will object to their daughter dating a black man. However, as he meets them Chris’s fear seems to be unfounded with Rose’s parents Missy and Dean seemingly being rather charming and polite people who have no issue with his race. Except, that’s where Peele cleverly twists the knife because Rose’s parents are indeed racist but just not the kind you normally think of.

Instead of the usual red-neck Klansman type racist who at least have their bigotry out in the open, Peele uses Rose’s parents to represent a kind of subtle overlooked form of racism that often arises in “liberal-minded” people. The kind of people who are so convinced that they aren’t racist that they don’t realise that they actually are.

One instance can be seen in Dean’s comments stating he would “vote for Obama for a third term if I could” and that he was “the best president in my lifetime”. These comments might sound well-intended but instead, come off as patronising and cringe-inducing. The kind of comment you would hear from white voters who perhaps voted for Obama less out of agreement with his policies but more just because he was a black man to show how non-racist they were to all their friends. 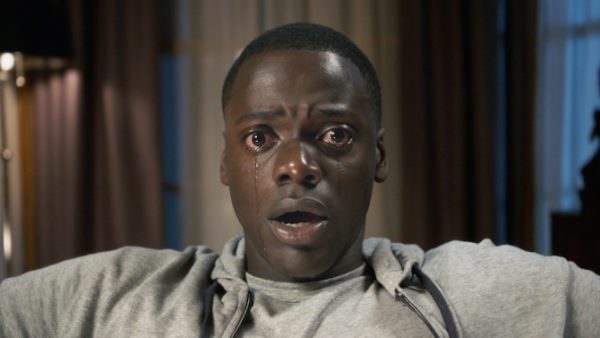 The horror of the story comes to the forefront when we find out what Rose’s family are really up to, with the tension ever so slightly building through small subtle moments. Take Chris’s encounters with house servants Walter and Georgina, two very friendly and welcoming people, yet also people whose politeness feels rather “off”, like they’re trying to hide something from him. The most disturbing instance of this comes when Georgina, in a deeply unsettling confrontation with Chris, flashes a big friendly smile while tears fall from her eyes.

The film’s darker subtext comes into much sharper focus with the party sequence, in which the various guests seem just a bit too interested in Chris’s physical attributes, culminating in a rather sinister “Bingo” game staged to resemble a 19th-century slave auction. Or for extra bonus points, a short moment where a bustling dinner party all of sudden becomes deathly quiet when Chris leaves the room. It’s all these little touches, the uneasy friendliness of people and the overall queasy atmosphere that really makes the film a deeply unsettling watch and that’s before we get to the action-heavy blood-soaked finale.

Daniel Kaluuya more than earned his Oscar nomination for his performance as Chris, with the British actor managing to run the gauntlet of emotions from relaxed and charismatic to haunted and terrified, sometimes in a single scene. The scene that I feel helped him get his nomination is his first trip into the now infamous “Sunken Place”, a scene in which Kaluuya manages to project all manner of complex emotions, often with very little dialogue and often through subtle facial gestures and his highly expressive eyes.

Allison Williams also deserves praise for her performance as Rose, Chris’s girlfriend. I’d really love to dive into Williams performance in detail because it’s really something special but I really don’t want to spoil it for people who haven’t seen the film yet.

All I’ll say is that on the surface appearing Williams character might seem a rather stock “girlfriend” character but it’s actually a rather clever subversion of an often derided cinematic cliché, with Williams masterfully portraying the much deeper elements of the character.

Almost stealing the film though is Lil Rel Howery as Chris’s best friend Rod, an agent of the “T.S motherfucking A” a rare horror film comic relief character who is actually funny. Howery is electrifying in the role with his fast-paced sometimes foul-mouthed delivery always managing to be sharp and funny and, unlike other comic relief characters, is never grating or overplayed. Put simply, this is how you put comic relief in your horror film, as opposed to sticking in bumbling cops after a rape scene. Yes, I’m still mad about The Last House on The Left.

Boasting a stellar set of performances led by Kaluuya, a deeply unsettling atmosphere and a masterfully written and sharply satirical script that more than earned Jordan Peele his Oscar for writing it, Get Out is an excellent example of the kind of intelligent horror that has finally given the genre that extra push to gain serious recognition from Hollywood’s most prestigious of awards.