To celebrate the home entertainment release of Outlaws, available on DVD 18th February 2019, we have a copy of the DVD up for grabs, courtesy of Altitude Entertainment. 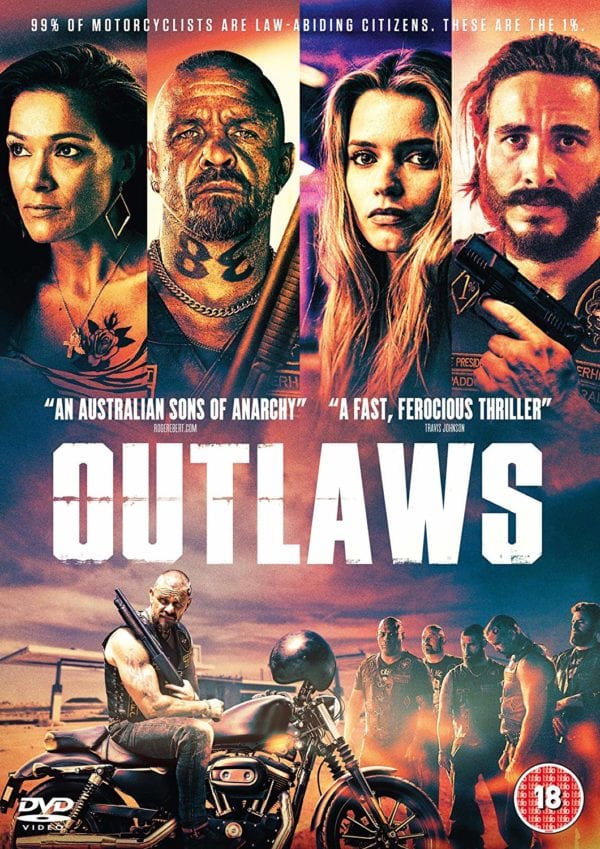 A violent power struggle threatens to tear a motorcycle gang apart, in a gritty crime thriller featuring the stars of Wolf Creek 2 and The Neon Demon, from the makers of Black Mass and Ill Manors.

Sons of Anarchy meets Macbeth in Stephen McCallum’s directorial debut, about leadership tussles in an outlaw motorcycle club down under. Following the bleak, unforgiving path of recent Australian crime classics Animal Kingdom and Snowtown and Chopper, OUTLAWS (previously known as 1%) is a brash and brutal crime thriller about loyalty and revenge.

Ryan Corr, who was put through hell in Wolf Creek 2, is plunged into another maelstrom here as would-be biker king Paddo. A bulked-up Matt Nable (Ra’s al Ghul from the TV series Arrow), who also co-wrote the film, is brilliantly menacing as Knuck, the gang leader who wants to reclaim his crown from the young upstart he left in charge. Abbey Lee, fast becoming a screen favourite with iconic roles in Mad Max: Fury Road and cult hit The Neon Demon, steals the show as the sly and scheming Lady Macbeth figure who tempts Paddo to take over.

As loud, stylish and powerful as a revved up Harley, with real bikers making up part of the motorcycle gang, and a true exploitation feel fuelling its tank, OUTLAWS is 100 per cent full throttle entertainment from a director to watch.