To celebrate the home entertainment release of Rendel, available on DVD and Digital on 25th February 2019, we have a copy of the DVD up for grabs, courtesy of 4Digital. 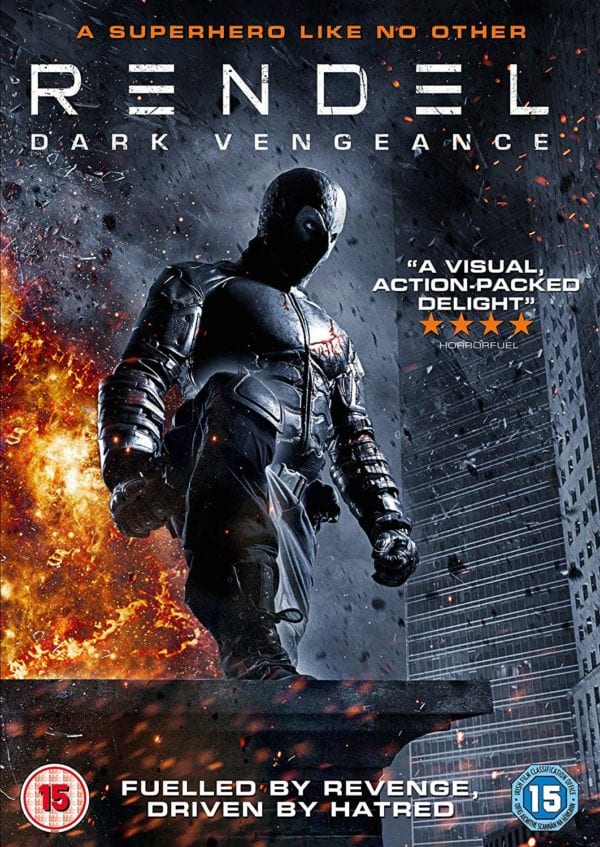 Batman’s dramatic flair and The Punisher’s merciless morals collide in Finland’s violent, pulp noir answer to the booming superhero genre, as a masked vigilante wages a one-man war on the criminals ruining his city, and his life…

When a worldwide corporation known as VALA launches an untested vaccine called Nh25 into the market by bribing, threatening, and killing every official opposing them, a dark avenger is born.

Rendel, a man driven by revenge and hatred, unleashes his own special kind of hell against the firm, threatening to put an end at the distribution of the deadly Nh25. As blood spills and money burns, VALA recruits a group of violent mercenaries to do what they seemingly can’t: eliminate Rendel permanently…

If you’re hungry for a superhero film that’s less fantastical CGI and power-responsibility pep talks, and more willing to dive into society’s sordid underbelly like Netflix’s acclaimed “Daredevil”, then “Rendel” is sure to be the hero to answer your call.

Jesse Haaja’s feature film debut is a blood-splattered love letter to genre classics showcasing the director’s remarkable ability to balance inspiration with carving a unique identity and world for our masked anti-hero. For example, wonderfully framed stealthy takedowns and brutal brawls wouldn’t feel out of place in Christopher Nolan’s “The Dark Knight” trilogy, but are infused with a raw brutality that only Rendel can deliver!

“Rendel” isn’t all dread and brooding however, matching the thrilling ultra-violence with refreshing injections of genuine humour, like goons debating the meaning of “take care of him”. While our titular hero excels as a stoic defender, Rami Rusinen brings a chaotic likeability to our foe, the wannabe gangster heir frustrated by his ambitions meeting the black mask of justice.

Bringing a pulp noir spin to one of cinema’s most popular genres, “Rendel” is a new kind of hero not to be missed!