To celebrate the home entertainment release of VIDEOMAN, available on DVD and Digital 18th February 2019, we have a copy of the DVD up for grabs, courtesy of Signature Entertainment. 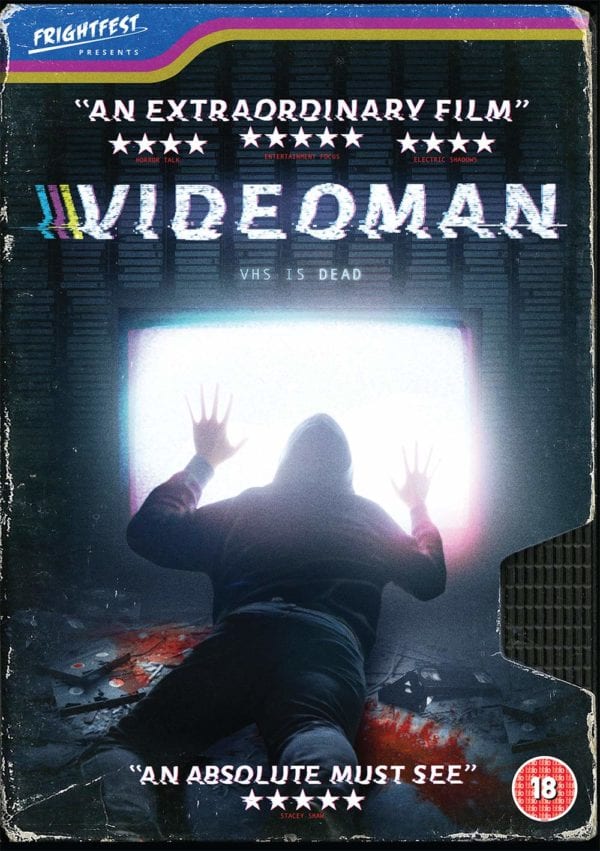 The feature film debut from award-winning Swedish director Kristian A. Söderström, and one of Time Out’s top picks to see at FrightFest 2018, Videoman celebrates the golden days of VHS, the Italian giallo and the films of Mike Leigh.

Ennio (Stefan Sauk), a giallo-obsessed VHS collector with a drinking problem finds a highly collectable video tape that could solve his money problems and save him from eviction. He makes a deal with a shady, anonymous collector before realising the video has been stolen.

So begins Ennio’s desperate hunt for the black-gloved perpetrator while, along the way, he meets Simone (Lena Nilsson), an alcoholic woman obsessed with the 80s. As Ennio searches for the tape and begins to lose a grip on reality, his and Simone’s mutual love of nostalgia draws them together. Can they find redemption in each other?

Let’s face it, social realism and gialli are not genres you often find sitting together in the same sentence. The giallo is big, brash and operatic, full of incredibly beautiful people being murdered in outlandish, gory set pieces. The social realist film, on the other hand, well, it does what it says on the tin. Yet somehow, Kristian A. Söderström successfully brings these two distinct genres together in the masterful Videoman.

The film moves seamlessly from scenes of moving dialogue to giallo-esque sequences in which Stefan Sauk’s Ennio finds his life transforming into the films he lives for. Apparently stalked by a film collector even more obsessive than he is, Ennio’s grip on reality loosens and it’s hard to tell if it’s an effect of the copious amounts of J&B he consumes daily, or if he really is living in his own personal giallo.

Ennio is provided with the perfect foil in Simone, played beautifully by Lena Nilsson. A long-time alcoholic, Simone is estranged from her daughter, being bullied at work and becoming increasingly fixated on the 1980s. Desperate for a friend, she opens up to the prickly, distant Ennio with surprising results for both of them. While Ennio and Simone cannot see their own flaws, they seem to be able to tell easily what is wrong with the other and realise they may be each other’s salvation.

On paper, Videoman just shouldn’t work but Söderström has a vision for the film and he carries it out so masterfully, you would swear this couldn’t be his first feature film. It’s certain to mark out Söderström as a director to watch closely.