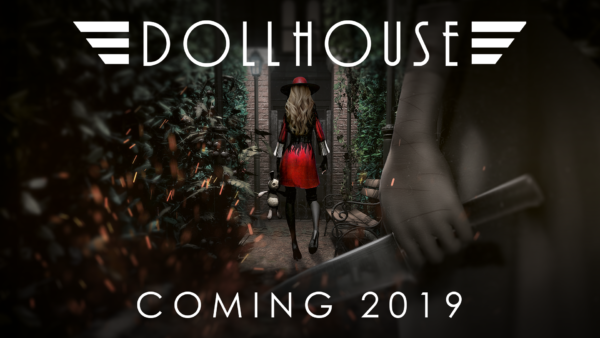 For any horror game fanatics out there, here is some good news, the first-person horror survival game Dollhouse will be arriving on PS4 and PC this May (although tough luck for any Xbox One owners). The game’s’ publisher SODESCO made the announcement yesterday alongside the release of a new trailer which shows what you can expect in Dollhouse in the game; check it out here…

The premise behind Doll House looks to be fairly simple. Your character is trapped in a haunted hous, that is filled with booby traps, whilst at the same time you are being pursued by a gang of animated mannequins. Spooky stuff. Your main objective in the game is to escape the house, who could have thought? To do this your character can utilise special powers to stun her pursuers and to also see through their eyes in an effort to outmanoeuvre them. A press release describes a levelling system in Doll House and procedurally generating maps that are created with each new game start, so hopefully this will provide some solid replay value.

Dollhouse will also have a multiplayer mode at launch which you can try out if you apply for open beta access here.

Dollhouse has been in development for quite a while, some of its first trailers were released as early as 2015, so we’ll have to wait and see if the full game can make the time invested in production worthwhile.