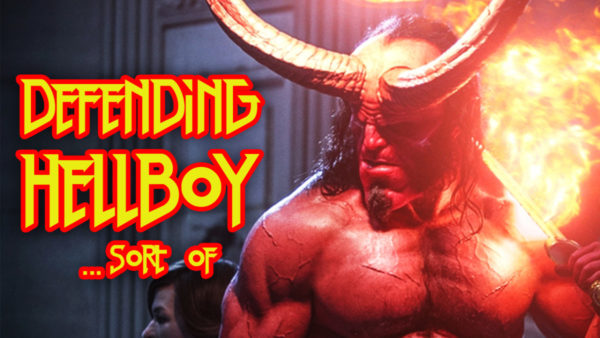 Lionsgate’s Hellboy reboot opened last weekend to scathing reviews and proved to be a dud at the box office, debuting in third place with just $12 million as the Neil Marshall-directed fantasy adventure failed to resonate with audiences.

Actress Milla Jovovich – who plays the villainous Queen of Blood – has already spoken out against the critics, claiming that Hellboy will soon be considered a cult classic, and now in this extract from the latest episode of The Flickering Myth Podcast, our writer EJ Moreno offers his own (half-hearted) defence of the movie. Check it out in the player below, and listen to the entire episode of the podcast here…