To celebrate the release of BEYOND THE SKY – available on DVD & Digital Download 29th April – we have a DVD to giveaway! 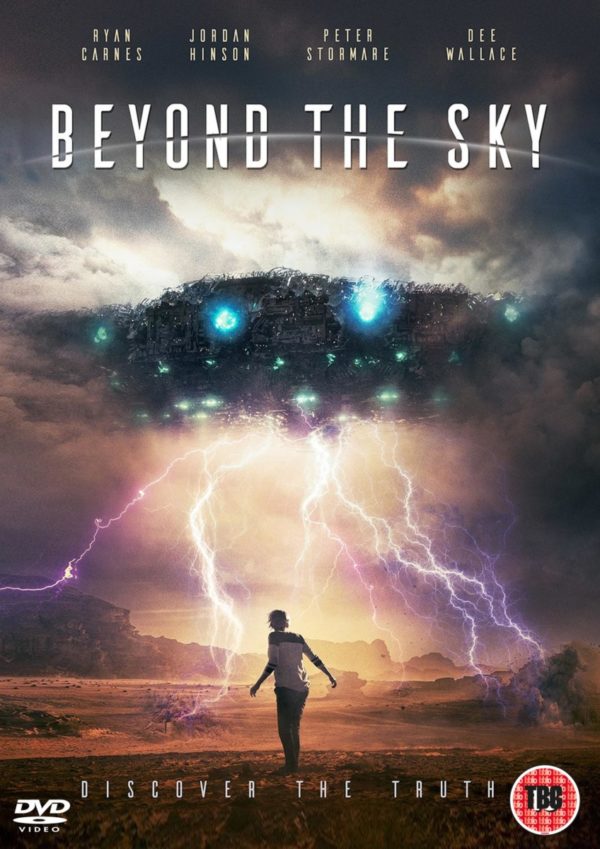 An engrossing supernatural thriller that at times feels like a found-footage documentary, Beyond The Sky is both an evocative journey into the unknown, and a portrait of the community built around one of modern day’s most prolific myths.

Ryan Carnes (Doctor Who) confidently leads the film as an abrasive sceptic convinced that recollections of abductions are false memories made to mask other traumas. His distrust of the stories he hears allows the film to play with our own beliefs and expectations alongside his, as we become equally unsure of what truth really is out there.

If Carnes is the film’s yin, then Jordan Hinson (Eureka) is the yang balancing each others’ on-screen presence. A young and friendly woman, she’s terrified of what awaits her, but equally determined to find out what role she really plays in this chilling tale.

Don Davis of The Matrix fame compliments Beyond The Sky with a fantastic score that seamlessly wraps itself around all the twists and turns of the story, elevating the tension to new heights. With experience mostly in shorts and television, Chris Saul makes a name for himself here with the breathtaking visuals that deserve to cement him as a cinematographer to watch.

Filmed in New Mexico, home of the infamous Roswell incident, Beyond the Sky embraces the on-and-off screen legacy of extraterrestrial icons with guest appearances from self-proclaimed abductee Travis Walton, and E.T.’s Dee Wallace!