Eureka Entertainment releases CUJO, the terrifyingly effective 80s cult horror based on the best-selling novel from Stephen King, on Blu-ray for the first time ever in the UK in a Special Limited Two-Disc Edition as part of the Eureka Classics range from 29 April 2019, and we’ve got three copies to give away! 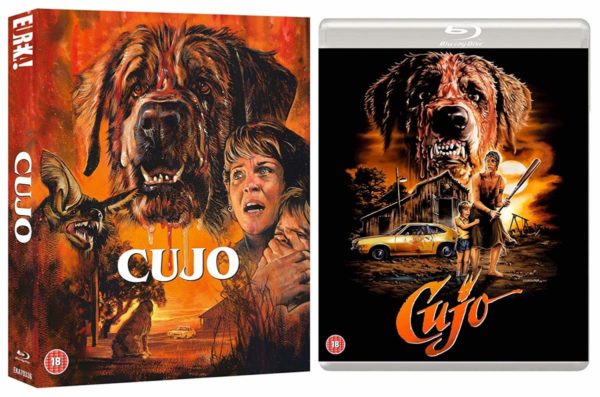 Making its UK debut on Blu-ray, with over 7 hours of extra content, Eureka Classics is proud to present Lewis Teague’s Cujo in this special Limited Two-Disc Blu-ray Edition.

CUJO, a terrifyingly effective 80s cult horror based on the best-selling novel from Stephen King, is OUT NOW on Blu-ray and can be purchased here.