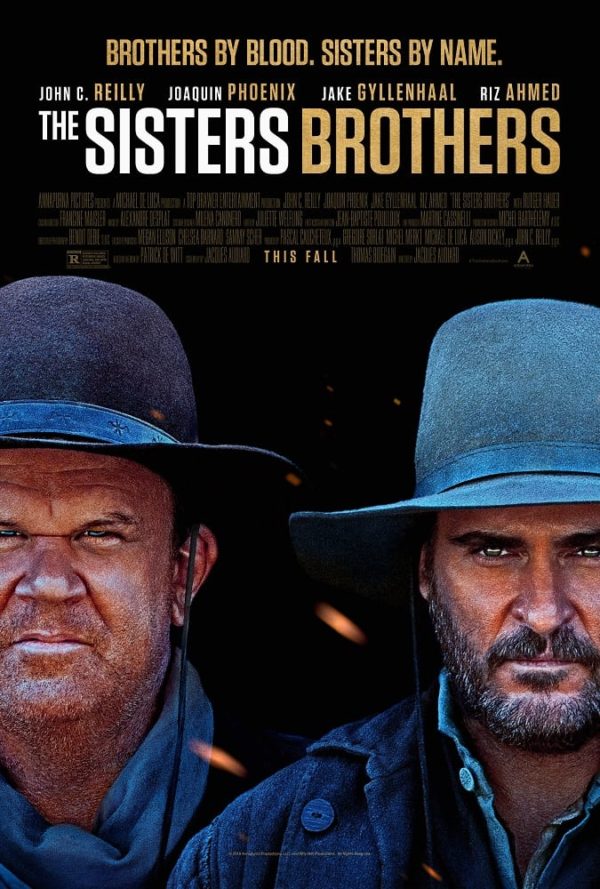 In 1850s Oregon, the infamous duo of assassins, Eli and Charlie Sisters, chase a gold prospector and his unexpected ally. 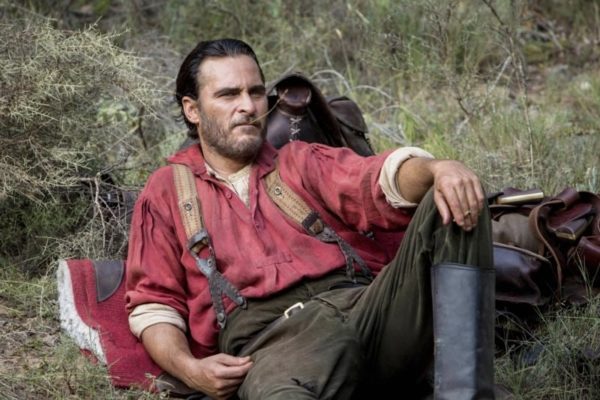 Ah, the western, a once hyper-popular genre reduced to a once or twice a year novelty. How the mighty fall. But at least they don’t fall too far. For the past few years, the steady trickle of westerns has at least given us a few good movies – see Hostiles, Bone Tomahawk, and Django Unchained – and one damn near perfect video game. So does this year’s first and perhaps only major entry into the genre maintain this narrow stream’s steady flow? Eh, I guess.

The Sisters Brothers follows Eli and Charlie sisters (John C Riley and Joaquin Phoenix) as they track down their latest bounty, a scientists by the name of Hermann Kermit Warm (Riz Ahmed) on behalf of a man known only as The Commodore (Rutger Hauer). What begins as a simple bounty hunt becomes more complicated as Hermann joins forces with the brothers’ former accomplice John Morris (Jake Gyllenhaal), and the two make more powerful enemies along the way. 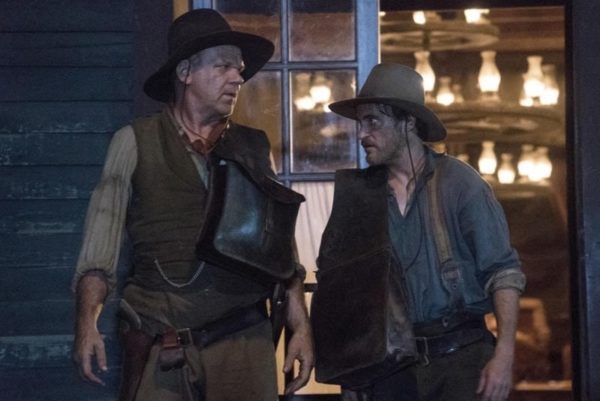 If you’re not already thinking: five characters worthy enough of being named in a review, that’s an awful lot, isn’t it?, then I’m here to tell you to think just that. Though The Sisters Brothers doesn’t have a huge cast, the inclusion of five pivotal roles puts a noticeable strain character development. Naturally, the two brothers get most of the screen time, but an equally interesting development occurs between Morris and Hermann, and this is given less time than it deserves. Rutger Hauer’s Commodore is almost entirely left out, though he is often mentioned by the others, and his off-screen actions dictate a lot of the plot. Overall, this leads to a film that moves from one point to another without giving enough time to the consequences of characters’ actions.

On the bright side, this constant narrative motion means that the movie never gets boring, and there are nice little moments – my favourite of which involves Eli and a toothbrush – that sell character motivations and interpersonal dynamics efficiently. Likewise, the performances throughout are solid and give each characters a sense of uniqueness, even if the pace of the plot means that they are made shallower than they deserve to be. As usually, Phoenix is the star of the show, selling the depth of his character in as little as a stare. 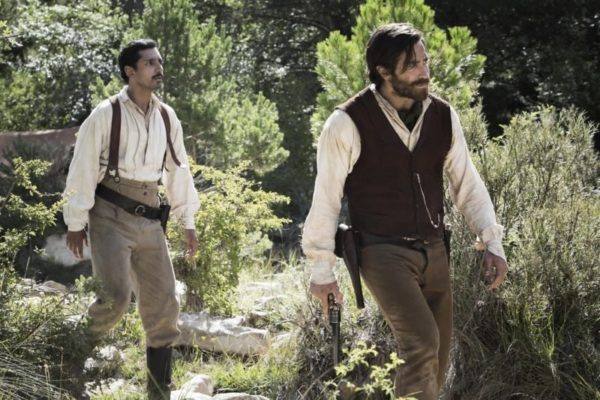 Westerns often have a strong focus on the land and how it shapes the men who inhabit it. In line with this trope, The Sisters Brothers has its fair share of wide angle or drone mounted shots to set the brothers at odds with their surroundings. However, in line with what I mentioned earlier, these shots never linger long enough, nor do they seem to fulfil any purpose other than to tick another box on the western trope list. Another defining part of the western, gunfights, are dealt with in a similar way. They are fast paced, fun, and surprisingly gory, but they do little to move story, advancing only the plot.

Herein lies my problem with The Sisters Brothers. It’s a perfectly functional, enjoyable western that, on paper, ticks all the right boxes. But in actuality, it never seems to settle on exactly what it wants to do with the story or the genre. In fact, I can’t rightly say what the film is even about. It touches upon greed, brotherly love, escaping one’s past, revenge, morality, and more, but fails to say anything insightful about any one of those things.

Don’t get me wrong, The Sisters Brothers is a perfectly fine film, and one that I would recommend watching. What it isn’t is anything special.