It’s WrestleMania week, with the ‘Show of Shows’ set to take place on Sunday night. Every day between now and the big event, Tom Beasley takes a look at a different element of the build-up. Today, the grudge match that is Triple H vs. Batista goes under the spotlight… 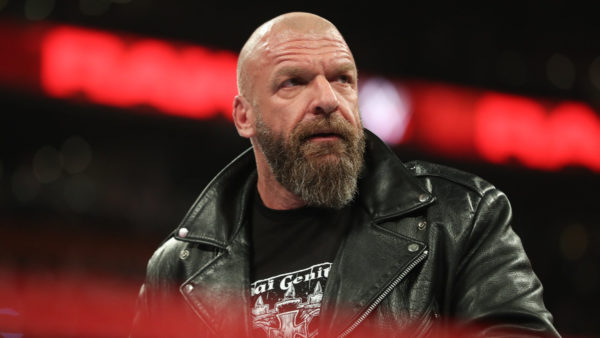 It’s frankly ridiculous that Triple H is competing at this year’s WrestleMania. He turns 50 in July and, just five months ago, he tore his pectoral muscles while teaming with Shawn Michaels against the Brothers of Destruction in a tag team match where the average age of the four participants was 52. Triple H, or Paul Levesque as he is now just as often referred to, is also an executive – a suit-wearing denizen of the WWE back office whose official title is Executive Vice President of Talent, Live Events and Creative. It is widely assumed he will take control of the company, along with his wife Stephanie, when Vince McMahon eventually steps down from his role at the summit of sports entertainment.

Neither the glittering career Triple H has already had between the ropes, nor the fact he remains a part of the industry outside the ring, seems to prevent The Game from wanting to compete. He still works two or three matches every year and is a fixture at WrestleMania. This year, he’s set to take on another mostly retired performer in the shape of Batista – now best known as Guardians of the Galaxy actor Dave Bautista. After sowing seeds of dissent at SmackDown 1000 last year, Batista turned up a few weeks ago to beat up their mutual mentor Ric Flair in order to get Triple H’s attention. He has since goaded the exec into putting his in-ring career on the line in the match, which will be contested under ‘no holds barred’ rules. 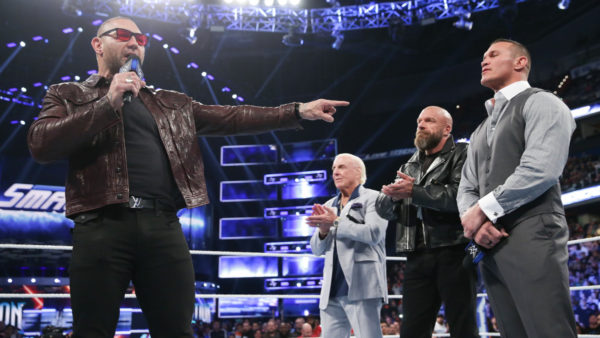 The final detail of that description is significant. It’s fair to say that Triple H is not the ring general he once was, and his more conventional recent matches have made that entirely clear. His last legitimately excellent pure wrestling match was against Dean Ambrose at the Roadblock event in March 2016. Since then, his methodical style has slowed down to a laughable crawl. His matches have become endurance tests to watch as much as they presumably are to work.

At successive WrestleMania events in 2016 and 2017, Triple H wrestled subpar matches against the terrific talents of Roman Reigns and Seth Rollins. Both of these bouts focused on wrestling acumen and deliberate pacing, despite the ‘unsanctioned match’ stipulation added to the clash with Rollins. The Reigns match was particularly obnoxious as a 27-minute trudge at the end of a five-hour show, immediately following Baron Corbin’s victory in the Andre the Giant Battle Royal and a bizarre segment involving The Rock and the Wyatt Family. It has to go down as one of the worst main events in WrestleMania history.

But those two bouts stick out as rarities in the King of Kings’ recent work on the biggest show of the year. Book-ending those matches were Triple H’s clash with the returning Sting – a joyously messy nostalgia trip in which D-Generation X and the NWO made their presence felt – and last year’s mixed tag, in which Triple H and Stephanie took on Kurt Angle and the debuting Ronda Rousey. The latter match was designed as a coming out party for Rousey, with Triple H selling for the MMA icon and constructing a delightfully absurd affair of non-stop action. Considering the match featured two ageing veterans, a non-wrestler and a debutant, it was better than it had any right to be. 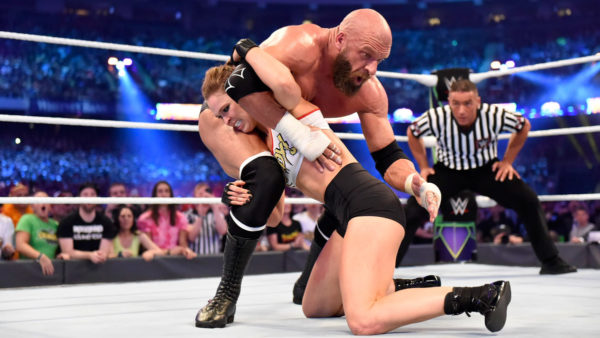 The conclusion is clear. The Triple H of 2019 is better when he is able to surround himself with weapons, run-ins and story contrivances, rather than focusing on his athletic ability. His body may have aged out of the kind of excellence he once showcased, but his wrestling mind remains one of the sharpest on the planet. He is able to bring together the kind of ideas that would devolve into a mess in many hands and somehow construct something that feels as if it’s under control, even as it spins in different directions.

Hopefully, his match with Batista will tend towards this rather than the sort of slower, methodical matches we have seen Triple H work in his more disappointing recent WrestleMania appearances. This is particularly true given the fact Batista hasn’t worked a match since June 2014 and hasn’t taken part in a singles match since a month before that. The stipulation suggests we could be in for a chaotic, violent grudge match – and that’s what we should be seeing.

With Triple H’s career on the line, this gives him every licence to embody the idea of the Cerebral Assassin and pull out every trick in the books. 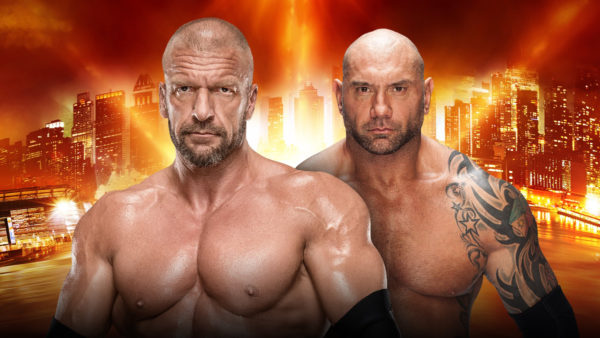 Tomorrow: With so much babyface victory seemingly set for Mania, could Seth Rollins’ big moment be killed off to balance the books?