It’s WrestleMania week, with the ‘Show of Shows’ set to take place on Sunday night. Every day between now and the big event, Tom Beasley takes a look at a different element of the build-up. Today, it’s Kurt Angle’s retirement match and the fearsome fan backlash against Baron Corbin… 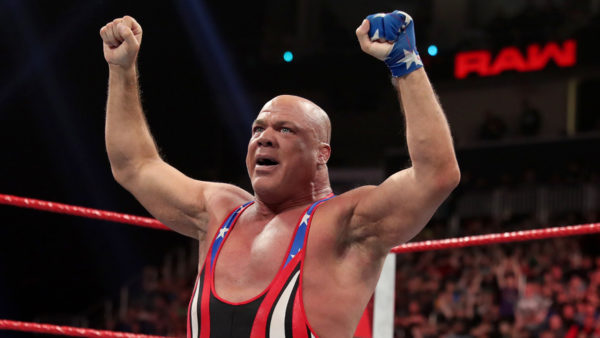 Kurt Angle is one of the greatest WWE superstars of all-time. That’s as close to a universally acknowledged statement as it’s possible to get in the widely polarised world of professional wrestling fandom. With that in mind, the prospect of his final match taking place at the Showcase of the Immortals had fans very excited indeed. That excitement very quickly evaporated, though, when Angle announced the opponent he had supposedly hand-picked for his retirement fight – Baron Corbin. The reaction was instant and severe.

In the days after Angle announced his retirement match on the 11th March episode of RAW, the wrestling press was aflame with rumours about whether WWE had prepared for the wave of dramatic negativity. It’s no secret that the company sees Corbin as a valuable talent for the future and has consistently put him in positions to excel. However, it’s surely impossible that a company with such an active social media presence and rooms full of tens of thousands of fans every night telling them exactly what they think could be blind to how much the WWE audience despises Corbin.

The dislike for the Lone Wolf goes far beyond his heel persona. He’s the newest avatar for what is commonly referred to as ‘X-Pac Heat’, in which fans react strongly to a performer out of a desire for them to simply be taken off TV rather than playing along with their bad guy status. Indeed, it’s possible to imagine that the term will become ‘Corbin Heat’ in the years to come. 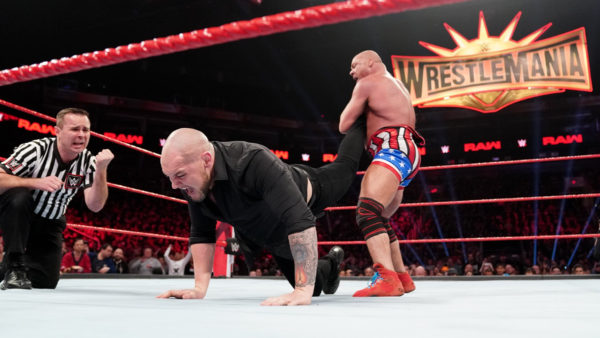 With that in mind, numerous dirtsheets and wrestling analysts have speculated that there might be more to all of this than meets the eye. The Angle vs. Corbin match makes a degree of sense given the animosity between the two over the course of the last year or so, in which Corbin basically nicked Angle’s job as the general manager of RAW. However, the duo have competed against each other dozens of times in recent months, with both Corbin and Angle winning a handful of bouts each. There’s no real reason for the rivalry to continue even further, and it certainly doesn’t merit a position as the swansong of a wrestling great.

There is an elephant in the room, though. John Cena, who has been a presence at every WrestleMania since what seems like the dawn of time, has been conspicuous by his absence from this year’s build-up. He had been tipped by many as a possible opponent for Angle’s final match as it was against the Olympic gold medallist that Cena debuted on SmackDown in 2002, defining an era with his pledge that he possessed “ruthless aggression”. That losing effort solidified Cena as a future star and he would feud with Angle again a year later having turned heel as part of his Doctor of Thuganomics gimmick. Their fates have always been linked.

It seems insane to suggest that Cena won’t be at WrestleMania, so it wouldn’t take a genius to theorise he might play a part against Angle. The most likely scenarios that have been suggested either see Angle beating Corbin in short order before being challenged by Cena, or more simply having the returning 16-time world champion attack Corbin before the bell to set up a blockbuster final match, culminating in the inevitable respectful handshake and embrace. 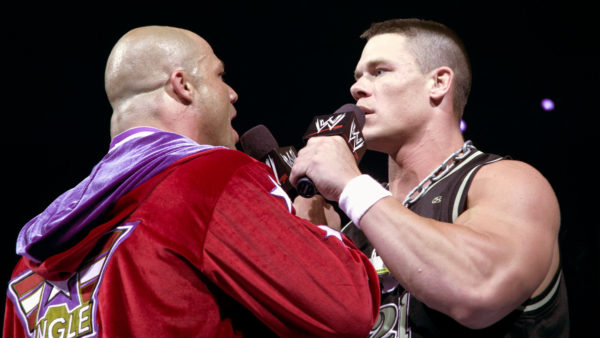 Cena seems to be an easy fix for the Angle problem, but Dave Meltzer has reported recently that there are other plans for him that don’t involve the Angle match. That raises the very real prospect that the final match of American hero, WWE legend and six-time world champion Kurt Angle will be against a man who most WWE fans would like to see consigned to the alumni section of WWE.com as soon as possible.

WWE seems set on sending Baron Corbin up towards the top of the card, and a win over Angle in the latter’s retirement match would certainly help with that trajectory. However, it’s also possible that the company wanted to pick someone who wouldn’t be hurt by a loss to an ageing veteran who, with the best will in the world, doesn’t look anything like the in-ring force he was in his prime. Corbin can bounce back from a loss like this by sheer force of bravado, and he’s certainly going to have to undergo some sort of character rehabilitation after WrestleMania anyway given his current status as something of a joke.

It seems a pretty sorry state of affairs for Kurt Angle, though. No matter what he does in the ring, the crowd is going to be registering its appeal against Corbin a lot stronger than they are registering their excitement towards him. As an all-time great, he deserves better than that. There’s still time for WWE to course correct and pull off a surprise but, as things stand, this could be a rather sad whimper at the end of an explosive career. 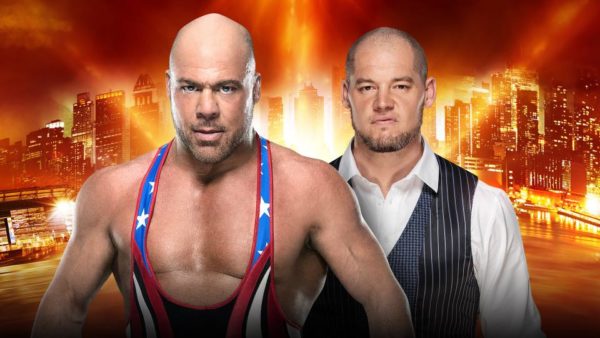 Tomorrow: WWE’s women are main eventing WrestleMania for the first time ever, but has the company simply added too much clutter to the match?