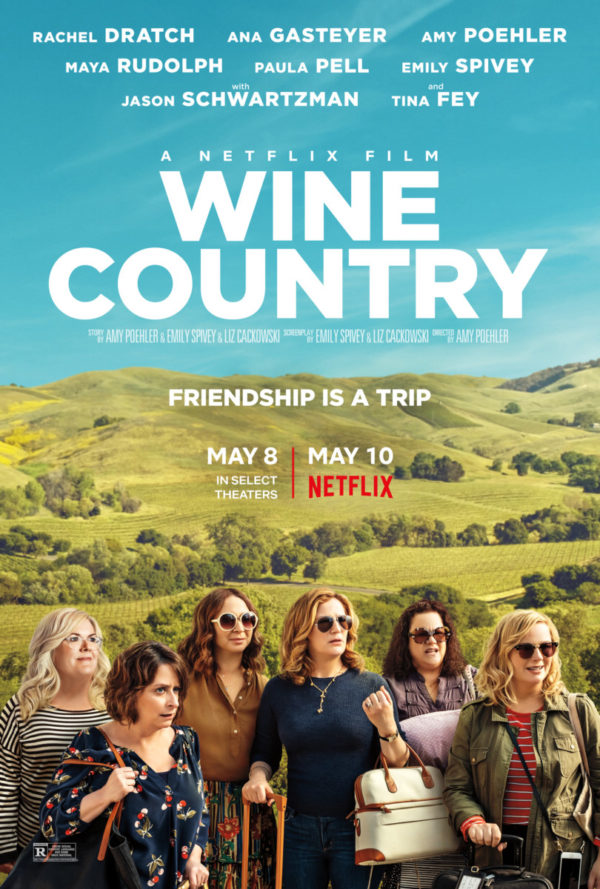 When a group of longtime girlfriends goes to Napa for the weekend to celebrate their friend’s 50th birthday, tensions from the past boil over. 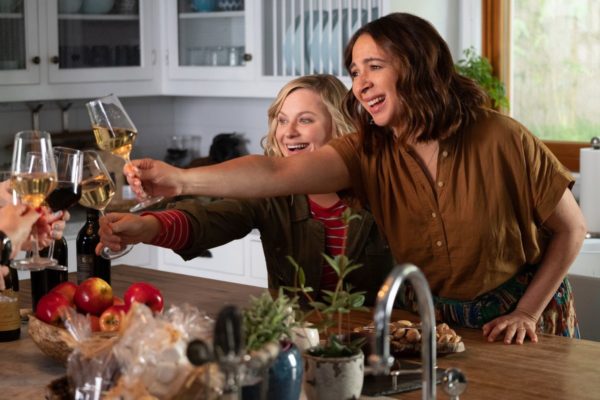 Though Netflix’s self-branded slate of “Originals” continues to be as wildly inconsistent as ever, the streaming giant does appear to have cornered the market on the so-called “hangout movie.” These films are typically gently undemanding of audience’s mental faculties, yet still crafted with enough care that you won’t need a perversely ironic mindset – or a sore, hungover head – to fully enjoy them.

Amy Poehler’s Wine Country is another such offering – an intensely familiar ensemble comedy in which a group of middle-aged women (Poehler, Maya Rudolph, Rachel Dratch, Ana Gasteyer, Paula Pell and Emily Spivey) gather to celebrate the 50th birthday of one of their clan.

The wine flows with a hasty inevitability, after which all manner of insecurities and existential crises come tumbling out. The liquid courage begets harsh truths, and the sextet of friends are then forced to consider the true value of their relationships with one another.

It’s an undeniably formulaic set-up for a comedy, especially with each character possessing one stock, quasi-cartoonish trait that requires remedy – Abby’s (Poehler) a control freak, Naomi’s (Rudolph) failing to address a lingering medical diagnosis, Catherine’s (Ana Gasteyer) a workaholic and so on.

Yet thanks to the killer ensemble cast and a consistent torrent of stinging one-liners by former SNL scribes Spivey and Liz Cackowski, Wine Country makes a full-bodied good time out of a potentially lazy set-up. 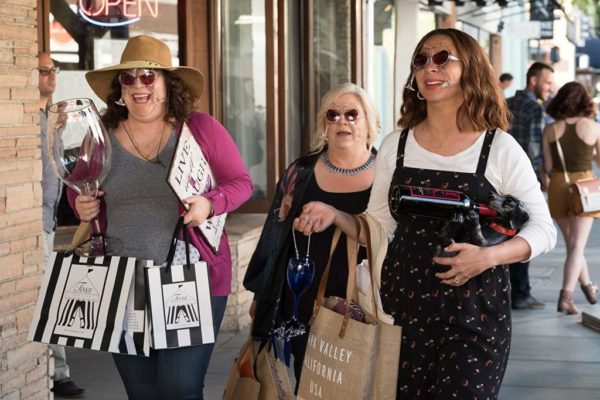 If you were (for some reason) hoping for the brutal honesty of, say, Alexander Payne’s Sideways, you’re advised to seek your boozy bust-ups elsewhere, but Poehler’s film nevertheless does a solid job balancing its laugh-out-loud comedy with Serious Drama.

Though the humour very occasionally takes too much of a backseat to earnest severity – especially Rudolph’s laughably predictable medical subplot – the bulk of the movie focuses on six hilarious women hanging out, getting drunk and waxing not-so-philosophical on the toils of middle-aged womanhood.

Unsurprisingly, Poehler and Rudolph stick out among the ensemble if only due to their natural effervescence, though just about everybody gets time to shine here; save perhaps for co-writer Emily Spivey, who perhaps by design casts herself in the fairly minor role of the anxiety-riddled Jenny. Yet unsurprisingly, the movie’s best scenes are those which focus on the entire gang trading barbed gotchas while glugging red – and thankfully, they’re plentiful.

There is one single scene that falls almost completely flat, however, where the film damn-near grinds to a halt to kinda-sorta make fun of late-period millennials, in all of their open-mindedness (and, yes, all of their pretentiousness).

While they’re as ripe a target for comedy as any group, it’s tough to know who the scene is really written for; it probably plays as too toothless to land fully with the film’s prime, middle-aged demographic, yet late-millennials themselves will likely find it a tad too mean-spirited. And if you’re broached between the two age groups – like this reviewer – then good luck figuring out what you’re supposed to take away from it. 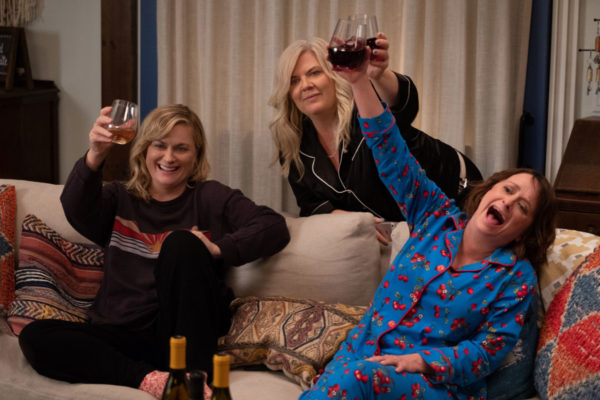 But it’s a one-off bump in a film that otherwise knows its comedic targets inside and out, and largely nails them. There’s little in the way of true insight here, but sometimes having our anxieties about life, death, work, ageing and family reflected to us with a dash of humour is really enough.

The gags strike a broad note, for sure, yet never enough that the audience can observe the punch-line emerging over the horizon. It’s a fully on-brand outing for Poehler, and one that, much like her Parks and Recreation, makes affecting, even life-affirming humour out of potentially one-note material.

Hangout movies of this sort succeed on the strength of how much audiences enjoy spending 100 minutes with the central characters, and in that regard Wine Country is a sure success. It’s like hanging out with your own pals for a spell – issues and eccentricities included.

Amy Poehler proves herself a natural comedy filmmaker in this laid-back ensemble charmer; it’s as comfortably familiar as a glass of chilled white on a hot summer’s day.