Webble Games has announced the release of the free Aquageddon update for their crazy, multiplayer physics fighting game Havocado.  This new update will bring new levels and some awesome new weaponry to the game.  See more in the trailer below…. 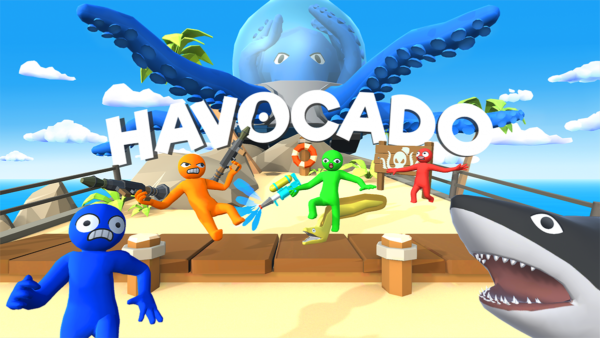 The Aquageddon update provides a whole new set of weapons for Team Aqua which will turn these floppy fellows into fearsome aquatic slayers.  New weapons include the shark launcher, eel gun, crab throwers and many more to defeat your opponents with.  As well as the new weaponry, there’s also a new water turret, water jetpack and the rare Sea King’s magical trident.  If all this isn’t enough, how about taking on the giant octopus called Kevin who has a penchant for smashing you and your floppy friends around the arena?

“Our Aquageddon update is the first big update for Havocado and it means Team Aqua has truly arrived in the game. The other guys — Team Army, Team Aero and Team Alchemy — will get theirs too, of course. We’re really excited to see where the game will be when all teams have their own big updates live and in-game.” Said founder — and Havocado aficionado — Jordi Van Den Bussche.

Updates for the other 3 teams will be arriving at a later date.

Visit Steam now and download the Aquageddon update for free.