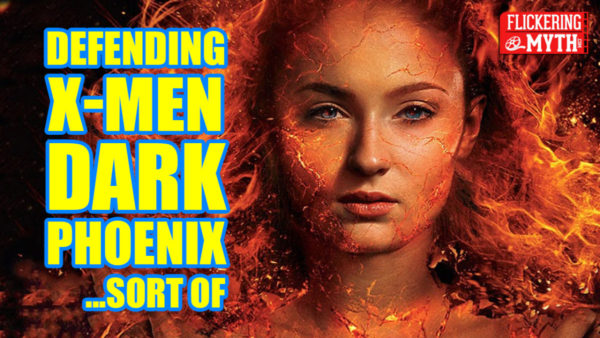 20th Century Fox’s X-Men franchise imploded this month with X-Men: Dark Phoenix tanking at the box office and pulling in the worst reviews of the near-20 year mutant superhero series.

With Fox looking at a loss in excess of $100 million, Dark Phoenix will go down in history as one of the biggest disasters ever, but is that label really warranted? In this extract from The Flickering Myth Podcast, Allen and EJ offer a defence of the movie… sort of.

Check it out in the player below, or listen to the full episode here…