To celebrate the DVD release of Paige: Iconic Matches (available to buy from 1st July 2019) – we are giving away a copy to one lucky winner. 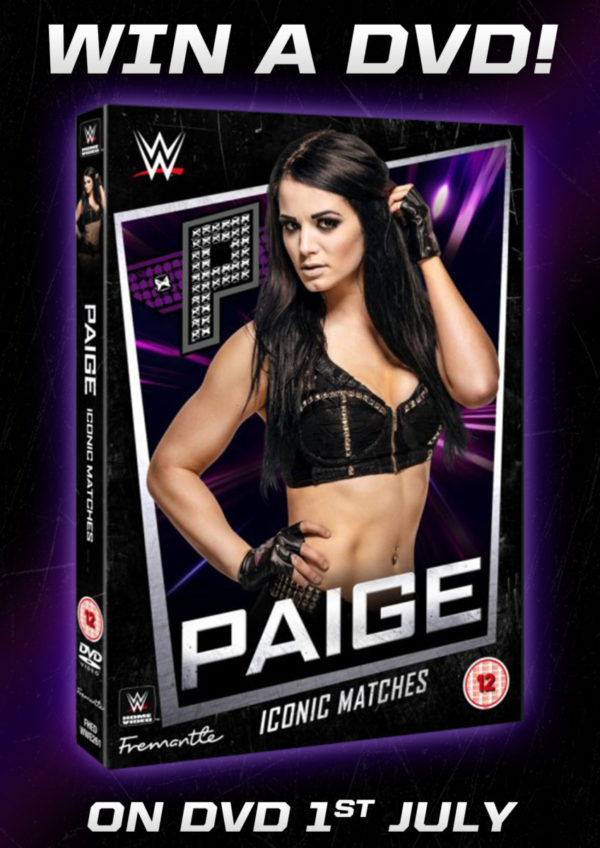 A collection of classic matches from pioneering WWE Superstar Paige, whose life and groundbreaking career have been made into the hit movie Fighting With My Family.

Paige redefined the WWE women’s division and made sports-entertainment history as one of the greatest female competitors to ever step inside a WWE ring!

Paige was the first ever NXT Women’s Champion and won the Divas Championship during her first ever match on Raw. With her unique personality and wrestling pedigree, Paige had game-changing matches and blazed a trail that created the “women’s evolution” that continues in WWE to this very day!

Even with her in-ring career now finished, fan support for Paige is still growing strong. The Dwayne “The Rock” Johnson-produced film about her life, Fighting With My Family – which tells the story of Paige’s upbringing in a wrestling family and her arrival in WWE – has made the “Anti-Diva” a household name around the world!

This collection includes some of the most important matches of her career, facing opponents including Emma, AJ Lee, Sasha Banks, and The Bellas!

The competition closes at midnight on Sunday, June 30th. UK readers only please. To enter, use one of the following methods…