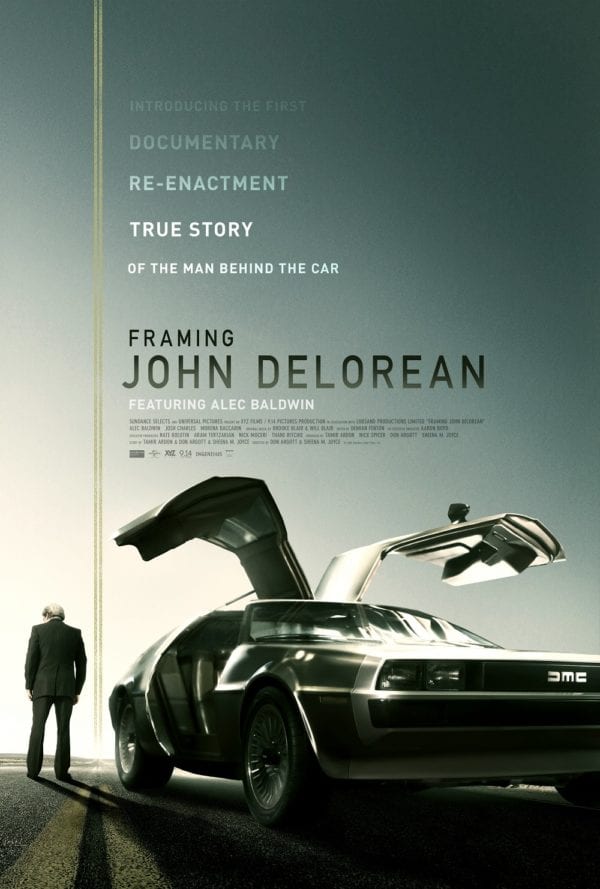 John DeLorean had the smarts of a high functioning industrialist combined with the courageous bravado of a flagrant risk taker. Charming, charismatic and debonair with a millionaire lifestyle and innovative streak which rocked the establishment he created a legend. Part documentary and re-enactment drama Framing John DeLorean seeks to shed some light on this enigma of the motor industry. 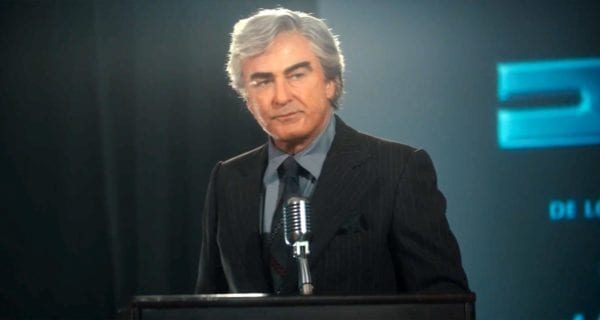 This is a history lesson dressed up as entertainment. John DeLorean will forever be linked with Back To The Future for obvious reasons, but his influence and legacy stretches far beyond any multiplex. A renegade maverick cloaking individualistic tendencies DeLorean charmed the world, his work force and numerous female admirers. A roguish risk taker who had business acumen by the bucket load his rise to prominence is something this documentary charts meticulously.

From academic excellence to a meteoric rise through car manufacturing that culminated in DeLorean almost becoming President of General Motors at forty one, this is real rags to riches stuff. Between directors Argott and Joyce we are witness to a strange hybrid which combines artifice, stock footage and talking heads in an effort to find the man beneath. Alec Baldwin and Morena Baccarin as DeLorean and his wife Cristina Ferrare throw in their own opinions during make up sessions, adding another dimension into this muddied mix. 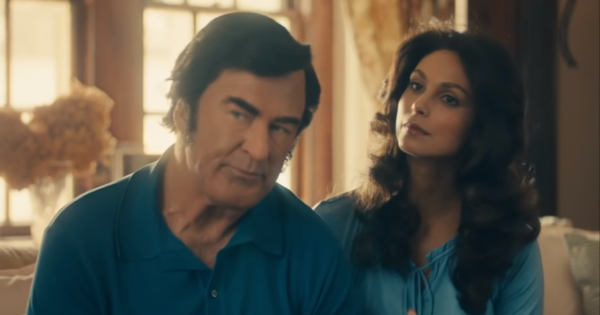 What emerges is a historical document wrapped up in make believe. Baldwin and Baccarin are both good in their fictional personas but it is the observations made between scenes which proves most insightful. In revealing their process we get a look at character construction whilst also getting an impartial opinion. Political landscapes are drawn with precision and cultural changes all feed into DeLorean’s decision making, while colleagues and family members offer up their two cents. What comes through is an individual driven to succeed irrespective of personal impact or professional fallout.

This singlemindedness brought jobs, prosperity and innovation into war torn areas of an Ireland in turmoil. An ambition that created something from virtually nothing in two years and used his own experience as collateral for investors. Accusations of financial mismanagement, drug deals and shady meetings are all overshadowed by a perceived nobility. Framing John DeLorean does nothing to dispel the myth which still cloaks John DeLorean as he remains both enigmatic and philanthropic. Personal casualties of his ambition were inevitable while a desire to create from scratch and challenge the establishment meant he never stopped chasing. 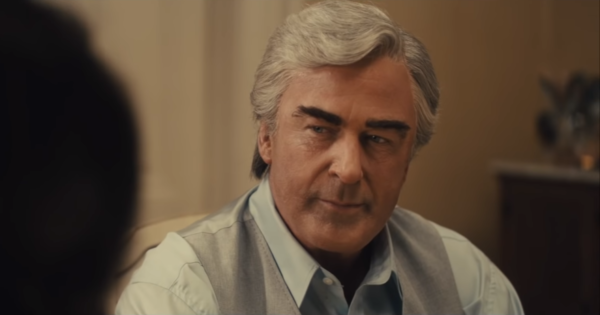 Embraced by Hollywood who witnessed his rise and fall on front pages across the world and televisions globally, numerous screenplay treatments materialised in an effort to profit from misfortune. Historians exist who have used his life as a backbone for their career and as yet no projects have been greenlit, no casting calls confirmed or directors hired. Although he lived out his remaining years in relatively meagre surroundings what defined the man from minute one never diminished. True originals are enigmatic by default and John DeLorean was no exception. Car manufacturer, cultural icon or charismatic control freak this film does nothing apart from reinforce those chameleon like qualities without judgement.