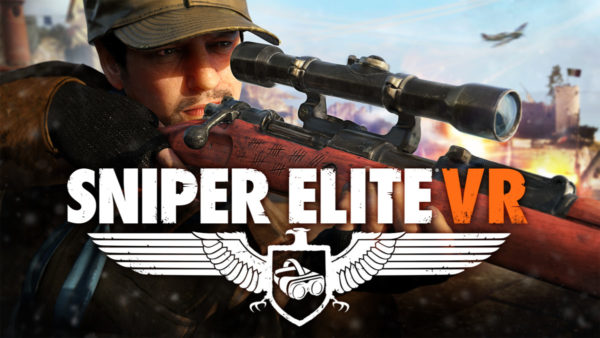 Sniper Elite VR takes players to World War 2 Italy prior to the events of Sniper Elite 4 where they will be assisting the Italian resistance in ridding Sicily of the Nazi U-boat menace.  Players will take on a variety of different missions set in a range of Italian maps and use free movement, stealth and an array of authentic World War 2 weaponry to complete them.

The game will continue to feature the series’ genre-defining ballistics and long-range gunplay and also see the return of the popular X-Ray Kill Cam.

A dedicated VR stealth-action experience from the makers of Battlezone and the BAFTA-nominated Sniper Elite 4, in partnership with Just Add Water.  Fight for the Italian Resistance in a daring mission to rid World War 2 Sicily of the Nazi U-boat menace.  Experience a brand-new Sniper Elite game featuring an authentic first-person view, an explosive campaign and immersive motion controls.

Sniper Elite VR has been completely rebuilt specifically for VR and will offer support for both Aim and Move controllers on PlayStation VR.

Look out for more news on Sniper Elite VR coming in the near future.