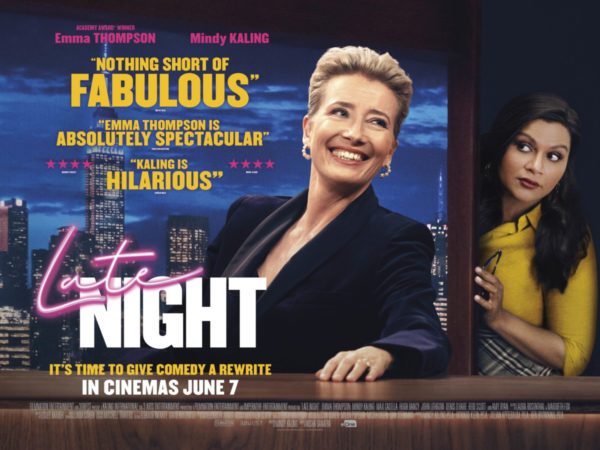 When informed that she is being replaced as host of her long running chat show, Katherine Newberry fights to remain relevant and necessary, relying on the inspiration of a newly hired comedy writer with no experience. After 29 years of service, the curtain is closing on Katherine Newberry’s time as the host of an evening talk show. This is Late Night, a comedy written by Mindy Kaling that very much lives in the present. Tackling fame, the public eye and the entertainment industry, Kaling lampoons performers, comedians, executives and writers alike. Late Night follows a path set out by films like The Intern, and The Internship for that matter – fish out of water comedies, where the fish is an older character who must learn the ways of the 21st century world in order to succeed. What is genuinely refreshing about Late Night, despite this dull framework, is Kaling’s lacerating wit, coupled with Emma Thompson’s powerhouse performance.

Thompson plays Newberry, fiercely intelligent with a sadistic mean streak. When she realises that her stalling show is written entirely by a team of white men, Newberry decides to make a diversity hire. Enter Kaling as Molly Patel, wide eyed with no experience whatsoever in comedy, writing or television, but a lot of ideas. Kaling’s innocence plays hugely to her strength as an actress, but from the start this is quite clearly Thompson’s film. What makes Thompson possibly the best actress in the world is her uncanny ability to swing between the heights of hilarity and honest, raw emotion. Playing both extremes and throwing in some perfectly delivered biting cruelty for good measure, Thompson excels in one of her least limiting and most rewarding performances in years. 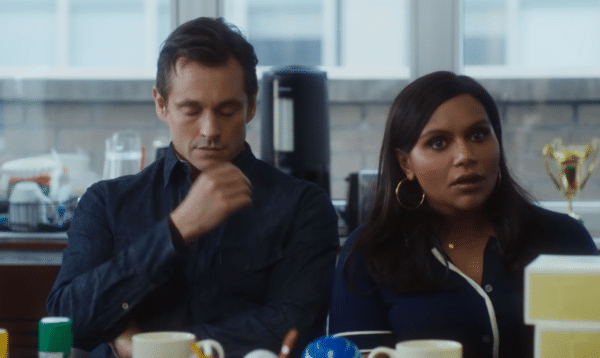 Kaling’s script is rightfully hilarious in single lines and odd snippets, but as the time advances, there’s a sense that the plot is heading exactly where it was always going to. And as Hollywood comedies often provide, there is a taste of vapidity about it all. Moments of character development in the script seem forced or cliched, and a discussion of mental health amongst entertainers is introduced only to be swept under the rug without any real airtime. Nisha Ganatra’s direction is suitable but never surprising, quite shy of interesting. Most of the cast are pigeonholed, misused or miscast completely – Hugh Dancy and Denis O’Hare to some extent but Amy Ryan especially. The film is lucky to rely so heavily on Thompson, but John Lithgow turns in a bittersweet performance. It is far less than he is capable of, but a treat nonetheless.

With an ending that doubles down on inclusivity, Late Night comes off as a movie with an agenda, but without the substance to execute it. The sad truth is that there are not actually any female hosts of evening talk shows, let alone ones that have been working for nearly 30 years. Kaling offers little solution to this problem other than highlighting its existence, all the while failing to comment on the fact that the protagonist must devalue the high brow calibre of their work in order to succeed in the modern day. Late Night is a highly enjoyable film that follows all of the correct Hollywood formulas for success, but does nothing of any consequence. Kaling’s film mocks the current climate and the status quo, and provides a somewhat immature attitude to fixing the deep-rooted issues at play. But then, isn’t that exactly what late night comedy is all about?