Developer Hero Concept will be paying tribute to another arcade classic to PC and console gamers when they release Doughlings: Invasion this August.  This second game of the series will continue the story from where it left off.  Check out the new trailer below… 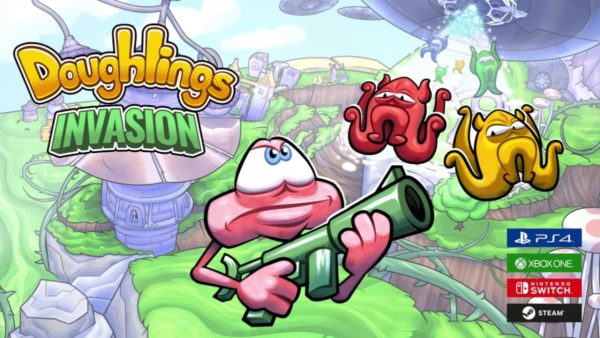 In Doughlings: Invasion our shapeshifting hero Morpheus is tasked with defending his people from groups of alien invaders.  Using his unique personas and a variety of weapons, players will tackle various types of alien invaders and extreme end of the level bosses.  As players progress through the game they will be able to develop new battle strategies and modify DNA to create great powers.

Another tribute paid to yet another arcade classic from the Hero Concept team! Doughlings: Invasion promises a fun gaming experience to gamers of all ages with the innovations it brings to the shooting genre.

Doughlings: Invasion arrives on PC and consoles in early August.