To celebrate the DVD release of DESTINATION WEDDING which is available on DVD and Digital now, we have a copy of the DVD up for grabs, courtesy of Vertigo Releasing! 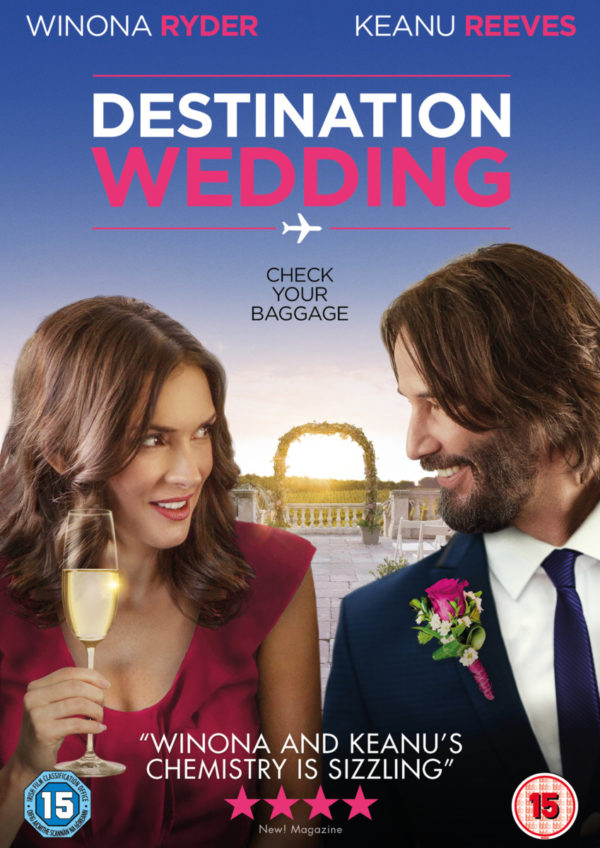 Fresh from their incredible successes in the John Wick films and Stranger Things respectively, Keanu Reeves and Winona Ryder, previously seen together onscreen in Bram Stoker’s Dracula, among others, team up for a razor-sharp romantic comedy that will delight fans of these iconic, much-loved stars.

The directorial debut of Emmy-nominated writer Victor Levin (Mad Men, Mad About You), DESTINATION WEDDING sees Reeves and Ryder (in their fourth screen pairing) meeting on the way to a wedding and discovering they have plenty to talk about – mainly their hatred of weddings and each other. Squabbling and bickering ensue before they even reach the wedding when things take an unexpected turn.

This is a wickedly quotable screwball comedy – imagine Before Sunrise directed by Woody Allen – with lashings of dry wit, smart interplay and a sex scene that will surely go down in cinematic history. And the unique onscreen chemistry of Reeves and Ryder, combined with a pithy script, will have audiences rolling in the aisles at their cynical outlook of people walking up the aisle.