To celebrate the release of THE HOLE IN THE GROUND – out on DVD, Blu-ray and Digital 8th July – we have a Blu-ray up for grabs. 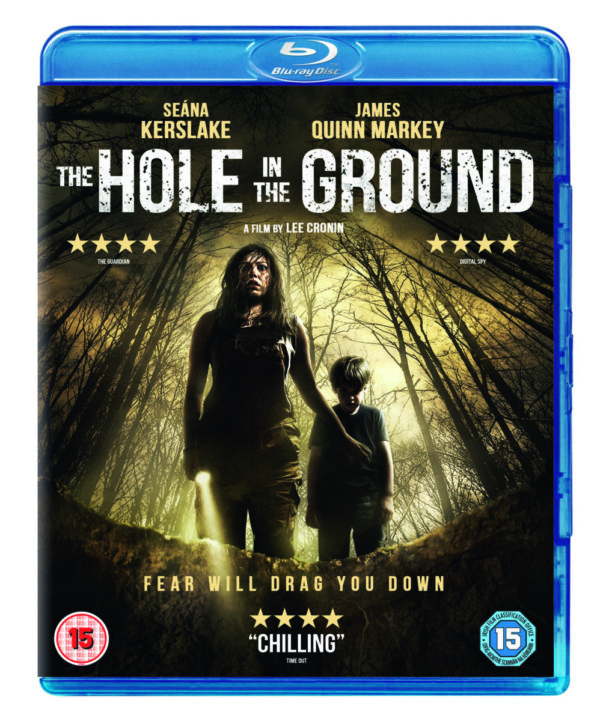 Something nasty is lurking in the forest in what might be the most frightening film of the year, a nerve-jangling mix of The Witch and Hereditary, from a formidable first time director.

Sarah moves her precocious son Chris to a secluded new home in a rural town, trying to ease his apprehensions as they hope for a fresh start after a difficult past. But after a startling encounter with a mysterious new neighbour, Sarah’s nerves are set on edge. Chris disappears in the night into the forest behind their house, and Sarah discovers an ominous, gaping sinkhole while searching for him. Though he returns, some disturbing behavioural changes emerge, and Sarah begins to worry that the boy who came back is not her son.

Beautifully filmed in the misty, mysterious Irish countryside, and with an ominous, powerful score Stephen McKeon (Black Mirror) that recalls the rank dread of The Witch, The Hole In The Ground is a startlingly assured first film that marks Lee Cronin as a name to watch. Following in the footsteps of acclaimed Irish horror like The Hallow, Wake Wood and Isolation, this is a surefire scarer that’ll chill you to the bone.

“The terrific Kerslake gives an anchoring performance” ★★★★ The Guardian