To celebrate the DVD release of WWE: The Miz: A-List Superstar (available to buy now) – we are giving away a copy to one lucky winner. 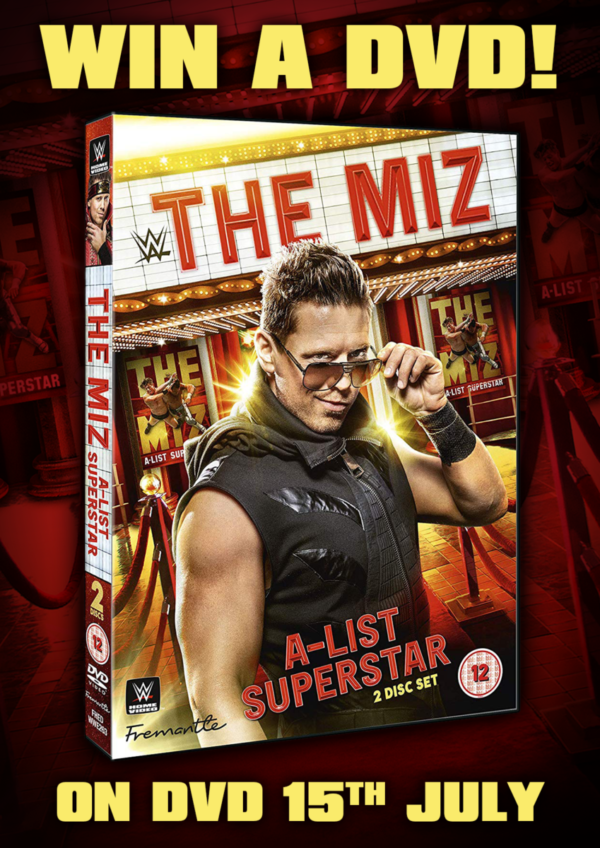 A 2-disc set of the best matches and moments from the “most must-see Superstar in WWE history”, The Miz! Charting his journey from reality TV star and divisive figure in sports-entertainment to WWE’s resident A-lister!

With a career spanning almost 15 years, The Miz has seen and done it all in WWE. And this DVD set is a testament to his accomplishments in sports-entertainment – from proving the naysayers wrong by becoming a WWE Superstar and even headlining WrestleMania!

You’ll get to learn a lot about the man behind the A-lister persona – a lifelong fan turned WWE Champion and movie star – and why he’s still one of the most relevant and entertaining Superstars in WWE!

This set tells the story of that journey, from his days on reality TV star to WWE veteran – plus, a look at his rivalries along the way with the likes of Daniel Bryan and John Cena!

The set is also packed with top action, featuring matches from Miz’s early days to recent classics, such as his wild Falls Count Anywhere Match with Shane McMahon at WrestleMania 35.

Don’t miss out… this 2-disc DVD set is AWESOME!

The competition closes at midnight on Sunday, August 4th. UK readers only please. To enter, use one of the following methods…