To celebrate the DVD release of WWE: Money in the Bank 2019 (available to buy from 8th July 2019) – we are giving away a copy to one lucky winner. 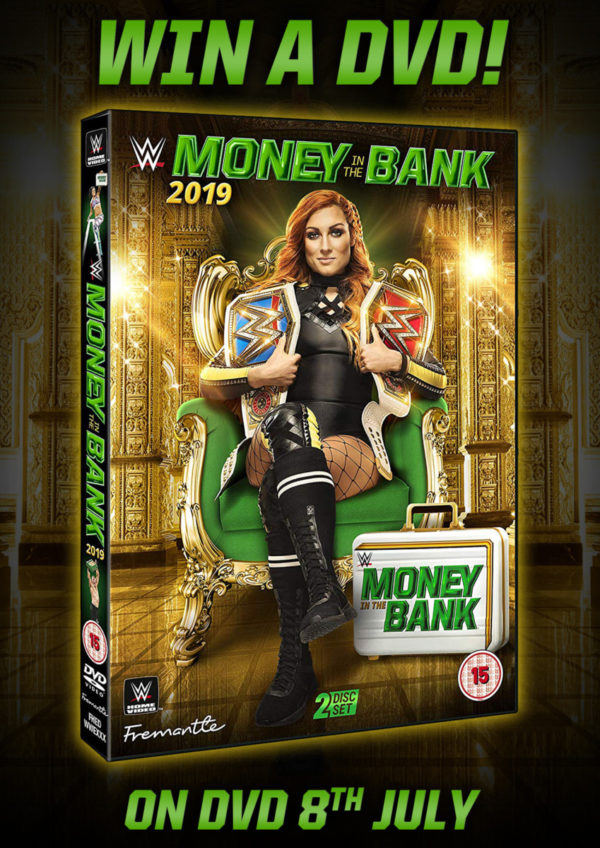 A 2-disc DVD set of Money in the Bank 2019, the latest installment of the always exciting WWE pay-per-view event. The highly anticipated show promises jaw-dropping ladder match action and changes careers by setting Superstars on the path to becoming future champions!

Not only that but Becky Lynch has to defend both her Raw and SmackDown Women’s Championships with two matches in a single night. There’s a jaw-dropping twist at the end of Becky’s title defences – and be prepared another beastly surprise as a new competitor joins the men’s Money in the Bank ladder match!

Elsewhere, Universal Champion Seth Rollins faces AJ Styles in an electric matchup – a strong contender for the 2019 match of the year – and Kofi Kingston proves why he’s a worthy WWE Champion by putting his title on the line against the vicious Kevin Owens.

There’s more incredible action as Shane McMahon and The Miz put an end to their rivalry inside a brutal steel cage and Roman Reigns sets his sights on Elias.